Towards a new Pakistan

Towards a new Pakistan 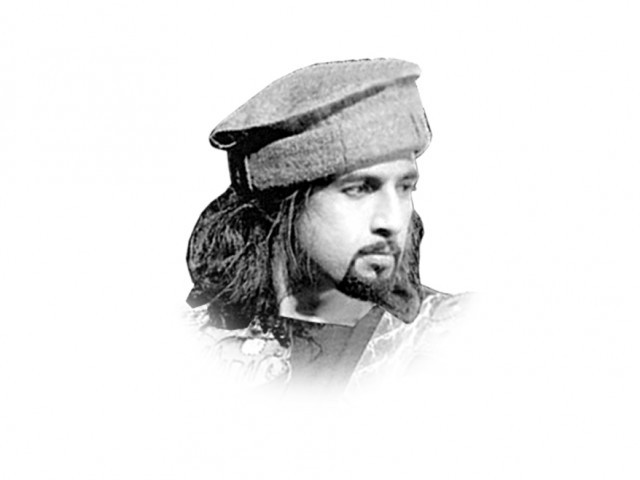 The writer founded the rock band Junoon and is author of the book, Rock & Roll Jihad. He tweets at @sufisal

In early November 2012, I received an email from Dr Tahirul Qadri’s office inviting me to become a part of his pressure group/civil disobedience campaign to agitate against President Asif Ali Zardari’s government’s dismal record and anticipated theft of the forthcoming 2013 elections. In all my previous meetings with Dr Qadri, I have found him to be a learned religious scholar and a pragmatic politician but the path to political reform that he is suggesting is not a good prescription for the health of Pakistan’s fragile democracy.

After careful consideration, I have declined to support Dr Qadri’s long march scheduled for January 14. Firstly, I believe that Dr Qadri’s pre-emptive strike on Islamabad, no matter how well intentioned, may give a failed government the fig leaf of becoming a victim once again. God forbid, if violence erupts during the march, anti-democratic forces will find an opening to subvert the people’s desire for real change. It may also seriously upset the schedule of the 2013 elections. Dr Qadri would be much better advised to become part of the political process and focus his protest by contesting the elections. The upcoming elections will be unprecedented because of the presence of a robust, independent press and a vibrant youth and social media.

Secondly, I believe there is a better way to channel protest. In the history of nations, there comes a time when the chasm between what the people of a nation deserve and what they are getting is so huge that revolutionary changes are needed to restore balance. I believe that time has come for the people of Pakistan. Many concerned Pakistanis want to see a fundamental change in the dangerous trajectory that Pakistan is currently on. As individuals, we have a choice to make.

Do we let the forces that are at play act themselves out to the detriment and possible destruction of the country? Or do we chart a new path towards a new Pakistan? We have reached this state not because of a single cataclysmic event, but because of a long series of wrong policies, wrong decisions, wrong attitudes, lack of action when it was sorely needed and wrong values. Pakistan is bleeding from a million cuts ranging from suicide bombers, drones firing missiles into people’s homes, schools being blown up, corruption among the leadership, hijacking of our value system by foreign interests and a decadent feudal mindset.

The journey out of this deep hole will be an arduous and long one. But it is a journey that must be undertaken with a coherent plan. This journey does not require us to go back to some point in our history; rather, it requires us to chart a new and shared vision for a new Pakistan in the spirit that was first formulated by the founding fathers. It is a vision in which all Pakistanis, irrespective of their ethnicity, religion and social status, have security and access to timely justice, quality basic education, health care and gainful employment.

Over the next few months, I intend to travel across the country to raise awareness for this new Pakistan. Everyone from across the spectrum can agree on the slogan of Aman-o-Insaf (peace and regional harmony), Rozi (economic security) and Taleem (education). This is a universal slogan, which Pakistanis of all ages and inclinations can agree upon.

The first phase will require social media to reach out with a new message of hope and change. In the second phase, we will conduct town hall-type events with Pakistani intellectuals, entrepreneurs, artists and humanitarians, who will echo the need for the rule of law and unity to counter the extremism and injustice that is spreading like wildfire.

Our goal is to bring about a fundamental change in the contract between the individual and the state as it is being currently practised. It is to recalibrate the implementation of the Constitution and the obligations of both the state and the individual. Our vision is for a peaceful, stable and prosperous Pakistan, engaged positively with the world community. Nelson Mandela once said, “It always seems impossible, until it’s done”.