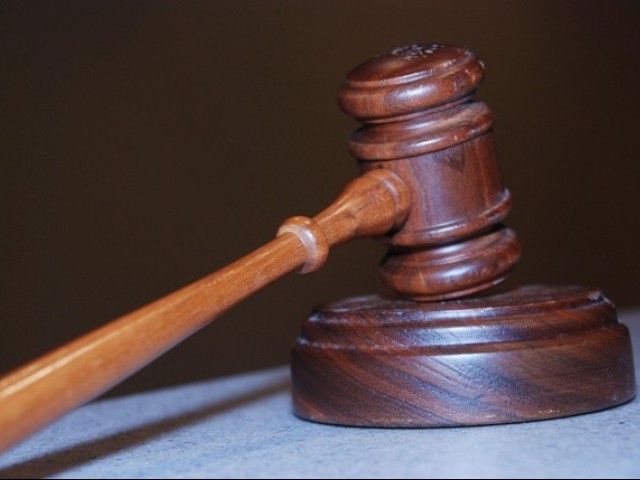 Aslam was listed as an “Afghan National” in the database during immigration clearance PHOTO:FILE

KARACHI: A Bangladeshi national has been jailed for three years for possessing fake travel documents and will be deported after completing the sentence.

The Federal Investigation Agency (FIA) arrested Muhammad Aslam when he was taking a flight to Dhaka on a blacklisted passport. Aslam was listed as an “Afghan National” in the database during immigration clearance, the prosecution stated. He was off-loaded and sent to the Anti-Human Trafficking Cell for further investigation.

A case (FIR No. 125/2011) under the relevant sections of the Foreigners Act, 1946 and the Pakistan Penal Code was registered against him at the FIA’s AHT Circle police station.

During interrogation, Aslam  revealed he got his CNIC from Sialkot and his passport from Karachi, but there was no record to suggest that he was a Pakistani citizen by birth, the judge observed. “He didn’t produce any academic documents or any other papers to show that his parents were residents of Pakistan in 1971 and died in Pakistan,” the judge added.

Aslam appeared before the second additional district and sessions judge, Malir, Munawwar Sultana, to hear the verdict. He admitted that he, along with a huge number of other Bangladeshi nationals, entered Pakistan in the 1980s by crossing the border illegally.

The judge stated that Aslam was a foreigner and obtained his CNIC and passport through illegal means.

The judge convicted him under section 14 of the Passport Act and sentenced him for three years with a fine of Rs5,000. He was, however, entitled to get the benefit of section 382-B (period of detention to be considered while awarding sentence of imprisonment). In case Aslam is unable to pay the fine, he will spend six more months in prison, the judge ordered. The accused was remanded back to prison while the jail superintendent was directed to contact the federal government for his deportation on the expiry of his imprisonment. The case property, including CNIC and passport, would be sent to the authorities concerned for cancellation in accordance with law after expiry of appeal period, the judge concluded.