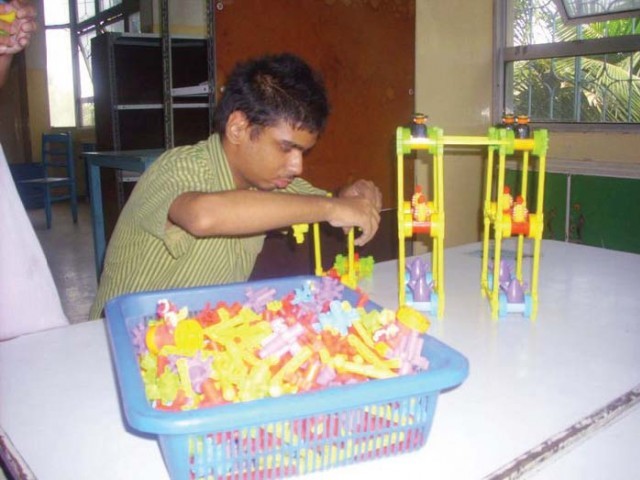 A school for special children was among the projects inaugurated by Chief Minister Shahbaz Sharif. PHOTO FILE

Chief Minister Shahbaz Sharif on Saturday inaugurated a school for special children, a children’s park and a dual-carriage in Yazman, some 60 kilometres from Bahawalpur.

He also announced setting up a 410-bed district headquarters hospital in Bahawalpur and said that work on the hospital will begin soon.

He was on a one-day visit to Yazman, where he addressed a gathering at Head Rajkan.

He said the Pakistan Muslim League-Nawaz (PML-N) had included the River Sutlej water issue in its manifesto to resolve water crisis in the area. He said the PML-N was making efforts to resolve water problems in Cholistan and that the issue would soon be settled permanently.

He said his government had set-up four farms in Cholistan at an estimated cost of Rs500 million for the development of livestock.

Expressing his party’s commitment towards increasing literacy rate in the country, the chief minister said that the Danish Schools project spoke volumes of the Punjab government’s commitment to educating each child without discrimination.

He said the government had so far completed development projects worth Rs19 billion in the Bahawalpur region. This includes overhead bridges, bypass roads, a crafts bazaar, a model bazaar and a Danish School in Hasilpur.

He claimed that the PML-N would “clean sweep” in the Bahawalpur division in the next general elections, adding that he had  “complete faith” in the people of the area.

He said that the PML-N was the first political party to respect merit in governance. He said the party had upheld its ‘merit policy’ and recruited 70,000 teachers across the province, provided scholarships to deserving students and distributed laptops among them.

He promised the people at the gathering that the PML-N will never betray its voters.

He said that the industrial sector faced severe problems on account of corruption and flight of capital to European banks.

He said if voted into power, the PML-N will not let the corrupt flee the country. They will be held accountable, he added.

The chief minister also paid tributes to the last crowned Nawab of Bahawalpur Sir Sadiq Muhammad Khan Khamis Abbasi for his services to the people of the region.