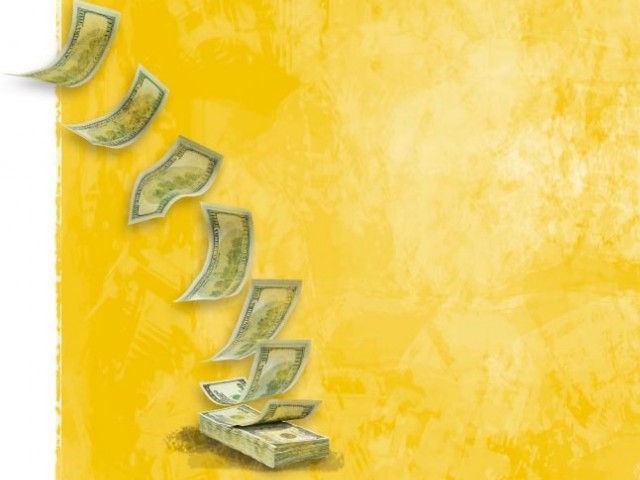 The largest company in the near-billion dollar club is Telenor Pakistan, with $951 million in revenues.

The Express Tribune’s “near billion dollar club” includes companies with over $500 million in revenues for the financial year ending June 30, 2012, unless the company uses a different financial year, in which case we use its most recently completed year. There is some room for uncertainty about this list for us since many of these companies are not publicly listed or otherwise make their financial statements available.

This “near billion dollar club” is more exciting from the perspective of both the private sector within the country as well as foreign investors looking to enter the market. It is dominated by companies in the food, beverages, automobiles and telecommunication services sectors.

The financial services sector also makes its debut here. For banks, we have used their net interest income – before taking into account any impact of loan write-offs and provisioning for bad debts – and added their non-interest-based income, to arrive at total revenues. For insurance companies, we take added their gross premiums and investment income.

The largest company in the near-billion dollar club is Telenor Pakistan, with $951 million in revenues. It is our most likely candidate for entering the billion dollar club next year. Our estimates for Pepsico’s revenues are based on their market share and our estimates of the total size of the Pakistani market for soft drinks and snack foods.

What is interesting about the food and consumer goods companies on the list in the near-billion dollar club is that they are all local subsidiaries of foreign food giants: Pepsi, Nestle, Unilever and Coca Cola. Yet investors estimate that this pattern will soon change.

“In 20 years time, Pakistan will have quite a few $1 billion consumer products companies outside Nestle and Unilever, just like any other emerging market,” said Mattias Martinsson, CEO of Tundra Fonder, a Stockholm-based asset management company that runs a Pakistan-focused mutual fund with over $40 million in assets under management.

Yet regardless of their ownership, the fact that companies in consumer-facing sectors are the most likely to cross the $1 billion threshold in terms of revenues represents a tectonic shift for the economy. Gone are the days when the largest icons of Corporate Pakistan were dominated by the state-owned, capital-intensive companies. Instead, the rise of this new breed of company shows that the Pakistani consumer is about to make his or her presence felt on the economy in a big way.

The rising purchasing power of the Pakistani middle class – covered in previous special reports at The Express Tribune – is beginning to translate into the shift in structure of the economy. And this shift is beginning to attract investor attention. Unilever, for instance, decided to buy out its local shareholders and convert Unilever Pakistan into a wholly-owned subsidiary of the global parent before it pumps in more investment to expand its presence in Pakistan.

And while the energy sector makes its entrance into the near-billion dollar club as well, it is mostly through companies that are most consumer-facing, such as the electricity distribution companies in Faisalabad, Multan, and Islamabad.

Among commercial banks, it is somewhat encouraging to see that the largest by revenues is no longer the state-owned National Bank, but instead the privatised, revitalised Habib Bank, which now leads the bank contingent.

The Pakistani subsidiary of the Norwegian telecommunications giant, Telenor Pakistan is the second largest mobile service provider in the country. Telenor came to Pakistan in 2004.

Established in 1960, Totoya Indus is a joint-venture between the Japanese auto giant Toyota and the one branch of the House of Habib branch of the Habib family.

Founded in 1972 after the nationalisation and consolidation of the entire life insurance industry in Pakistan, State Life is still the dominant player in the market, capturing 67% of all premiums.

Established in 1960, Totoya Indus is a joint-venture between the Japanese auto giant Toyota and the one branch of the House of Habib branch of the Habib family.

Founded in 1941 by the Habib family, the bank has now grown to become the largest in Pakistan, overtaking National Bank in terms of both branch network size and asset base.

The local subsidiary of Swiss food giant Nestle is one of the largest food companies in the country. The company first entered Pakistan through a joint venture with Milkpak Ltd in 1988.

NBP is the government’s own treasury bank and for much of Pakistan’s history was the largest financial institution in the country before being overtaken in 2011 by Habib Bank.

Fesco came into existence in its current form in 1994, when the government of Pakistan split up the state-owned power distribution company into regional groups. It remains state-owned.

Split off in 1994 from the Water and Power Development Authority, Mepco is the monopoly electricity distribution company for most of southern Punjab. It is state-owned.

Founded in 1948 in Rahimyar Khan, Unilever Pakistan is one of the oldest multinational food companies in the country. It is owned by Anglo-Dutch food and consumer goods giant Unilever.

PTC is the local subsidiary of British American Tobacco and has been operating in Pakistan since 1947. It sells such well-known brands as Dunhill, Benson & Hedges, Gold Leaf, Capstan, and Gold Flake.

PSMC is the local subsidiary of Japanese automobile manufacturer Suzuki and has been operating in Pakistan since 1984. It is largest selling brand amongst smaller cars in the country.

Iesco was split off from Wapda in 1994 and supplies electricity to the federal capital and surrounding districts in Punjab as well as Azad Jammu & Kashmir. It is state-owned.

Owned by the Army-owned Fauji Foundation, Fauji Fertilizer is the largest manufacturer of urea in the country. It was established in 1978 and manufactures the Sona brand of urea.

Lotte is a manufacturer of purified terephthalic acid, an essential raw material used in the polyester industry. It is owned by a South Korean Industrial conglomerate Lotte.

UBL was founded in 1959 by legendary banker Agha Hasan Abedi. It was owned by investors based in the United Arab Emirates before being nationalised in 1971. It is now owned mostly by the Abu Dhabi Group.

MCB Bank was originally founded by the Adamjee family in 1947 before being nationalised in 1971. It then privatised in 1991 and sold to the Nishat Group, owned by Mian Muhammad Mansha.

Meeting on CNG prices: High-ups of petroleum ministry fail to turn up