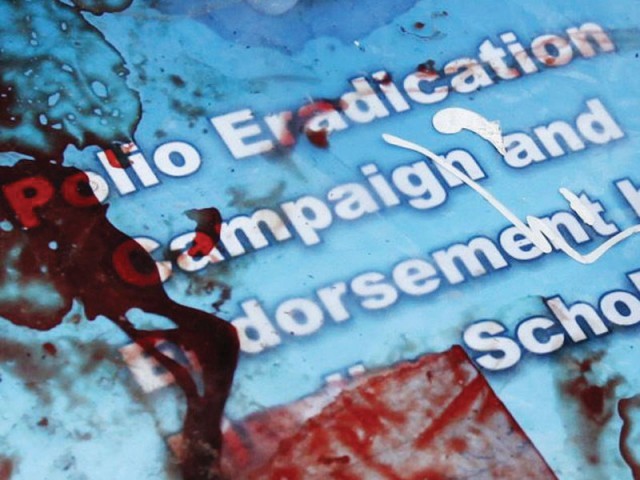 PESHAWAR: Targeting polio workers is a militant tactic to make their presence felt worldwide, Executive District Officer (EDO) Dr Rashid Khattak said on Thursday. Speaking to The Express Tribune, Khattak said no militant group had ever attempted to target polio workers before, but after a string of killings of immunisation workers, militants had received worldwide attention.

Workers are now afraid to perform their duties, which will severely hamper immunisation campaigns that are periodically carried out all over the province.

A police official, requesting not to be named because of the sensitivity of the matter, said that polio workers are soft targets for these hard lined, experienced militants. “They want to be noticed and remind people that they are still in the game. The killings are an easy way to prove it,” he said, adding that these militants have hideouts in the rugged terrain near the Pak-Afghan border.

They leave their areas because of heavy snowfall and come to Peshawar and other parts of the province, and want their presence felt. “They do so by targeting government servants and pro-government tribal elders. This time they have engaged themselves in a much easier target: polio workers.

“They are doing it in an organised manner,” said another police official.  “The death of a government servant or of a pro-government tribesman has a local impact, but look at the incident in which a 14-year-old schoolgirl (Malala Yousafzai) was targeted. It created global impact,” he said.

Terrorists operate within populated suburban areas. “Mathra, Khazana, Shabqadar and Charsadda are suburban areas where a particular group based in Mohmand Agency is active. They are infamous for killing tribal elders,” he added.

Fearing a backlash after the Shakil Afridi incident, it was predicted that vaccination campaigns would ultimately be targeted, a concern that has become a reality. A health official, requesting anonymity, said: “If our workforce, which consists of volunteers and poor people, refuse to work, polio eradication from Peshawar will be majorly affected. Forty union councils have already been declared high-risk areas for the disease.”