‘If you have understanding, then why this hubbub?’

‘If you have understanding, then why this hubbub?’ 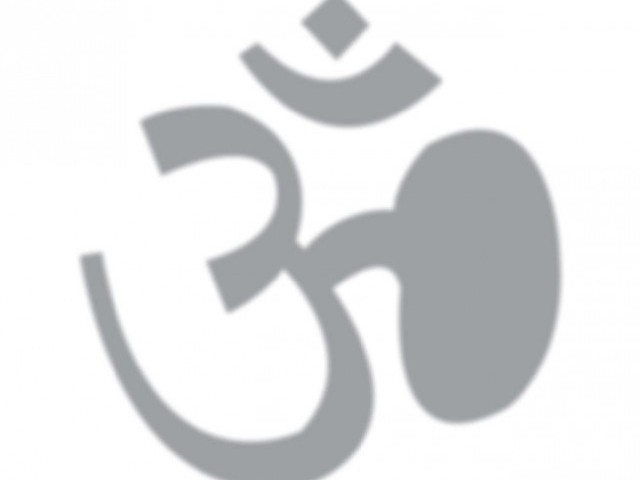 Hindu mythology is not alien to Punjab’s culture and has been taught to children for centuries. DESIGN: AMNA IQBAL

Not so long ago, Christian fundamentalist organisations in America began to protest against Spongebob Squarepants – a very popular children’s cartoon on the Nickelodeon cable station. It had a subversive homosexual agenda, they claimed.

A few years before that, similar charges were laid at the feet of beloved Sesame Street, also a case of secret homosexual training. The Republican Right has long fixated on the supposed ‘queer-ing’ of their erstwhile pure society, so such periodic outbursts reflect both a constant need to re-assert their provisional agenda on a national scale, as well as keeping their rhetorical “enemy” in sharp focus. Life is a series of ironic juxtapositions and these very same self-righteous protectors of the family are too often caught with their proverbial pants down.

Such breathless panics (“Obama is indoctrinating our children with socialism”) almost always involve “children” or sometimes “our youth” and “future generations”. They are, hence, almost always a historical argument. They invoke a pristine past that is currently under stress as a result of whatever vice is being peddled by nefarious beings. In this, they are almost always wrong – both about their history and their present.

Punjab’s own concerned politicians have recently decided to begin investigating the pernicious effects of “Hindu cartoons”, claiming that these “cartoons which glorified mythology characters such as Hanuman had a bad impact on the minds of  young children.”

The politicians are afraid, I assume, that watching the Amar Chitra Katha cartoons – which depict stories from the Mahabharata or Ramayana or Jataka or Panchatantra – will turn impressionable Punjabi Muslim children into Hindus. I would reassure the politicians – the Panchatantra tales were translated into Arabic and distributed in the late seventh century as Kalila wa Dimna, for the edification of courtly children, and failed to make the Umayyad or the ‘Abbasid or the Buyid sultans Hindu. Subsequent translations and re-imaginings of Ramayana, of Yogavashistha in the fifteenth, sixteenth and seventeenth century Mughal courts were also done without the fear that exposing innocent Muslim children to these narratives will make them “Hindu” – leaving aside the glaring logical fallacy that mere knowledge about the stories and rituals associated with a faith makes one a convert. That this statement is being made on Punjabi soil, however, is one of those ironies that make you cry.

Punjab, after all, is the land of Shah Hussain, Bulleh Shah and Waris Shah – mystics whose poetry, lives, ethos were drenched in divine, both lil-lah and Krishna. Their kafi and their qissa drew equally on Perso-Islamic and Sanskritic mythologies, stories, folk-tales to illuminate daily lives, teach love, moderation and acceptance. The love of Shah Hussain and Madho Lal is itself legend. Their words and verses are, undoubtedly, the very definition of “Punjabi”, and there they stand, historically “tainted” in the views of Punjab politicians with “Hindu” signs, symbols, stories and themes, corrupting Punjabi children for nearly 400 years.

These stories, whether of Krishna or of Ram or of Hanuman, are part of the Punjabi fabric of being for centuries – not simply in an ecumenical way, but in a transcending way: Gal samajh laee te rolah kee?/eyh Ram, Rahim tay Maula kee? (If you have understanding, then why this hubhub?/ About who is this Ram, Rahim or Moula?)

But even more crucial than religious difference, this mystic poetry of Punjab provided ways of being true, of being honest, of falling in love, of friendship, of helping and caring for neighbours. The source of such folk-wisdom, if one is to call it that, came in equal measure from Nizami Ganjavi’s Khamsa as it did from the Ramayana. These stories, these recitations of love, are what constitutes being a Punjabi – or a Sindhi or a Balochi or a Pathan, each of which contain just as rich a literary and cultural tradition of entangled histories for centuries. The point is simply that neither Ram nor Rahim are alien beings to the modern Punjabi, and treating either as such is politically short-sighted and culturally destructive.

But if the historic past seems unwieldy, let’s try the present. Confronting Punjabi politicians is not only the greatest natural disaster of Pakistan’s history but civil violence of unprecedented scale and brutality.

Lahore, the capital of Punjab, saw three bomb blasts in the last week, killing 18 and wounding 100. Almost 200 people have perished in various attacks in Lahore in 2010 alone – including the horrific attacks on Ahmadis. In the meanwhile, apologists for violence and intolerance continue to air their wares on TV. I would urge Senator Pervez Rashid to begin a blue-ribbon Commission to investigate the lack of security afforded to the citizens of Punjab which makes them susceptible to deadly attacks  and the ways and means via which hateful ideologies and organisations peddle their wares in broad day-light and aimed at those who cannot so easily distinguish what is right from what is wrong. Amar Chitra Katha is not a problem facing the Punjabi politician.

Manan Ahmed is a historian of Pakistan who is currently teaching in Berlin. He blogs at Chapati Mystery.