Commit­tee formed by Punjab govern­ment now wants to ensure that CDs with Hindu cartoo­ns are not sold in Pakist­an.
Published: September 8, 2010
Tweet Email 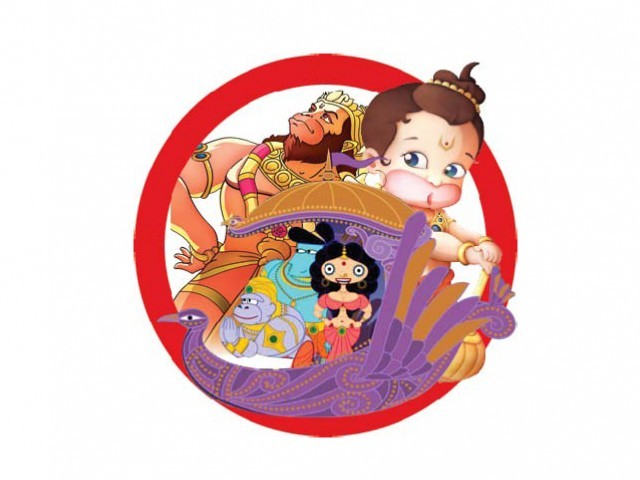 The move to ban Hindu cartoons has not resonated well within Pakistan.

KARACHI: “It is a renowned fable that a king once directed the subjects in his kingdom to prevent beautiful birds from flying in the sky. People tried to chase them but it was impossible. So is the case in our country, we fight against nature when it is highly impossible to do so,” says Hari Motwani, a current member of the Advisory Council and ex-general secretary of the Pakistan Hindu Council, when asked about the ban on the mythological cartoon characters that is being considered in Punjab.

As reported in The Express Tribune on September 7, the Punjab government has formed a committee which will issue a report asking for a ban to be imposed on cartoons depicting Hindu mythology.

This ban would be an additional measure adopted to curb Indian programming in the country, given that channels without landing rights have already been taken off air.

According to Shadman, a cable operator at Cable Home Vision Communications, “The ban on these cartoon characters has been place for the past 20 days in Sindh and we are following that ban by not showing it at all.”

However, a Pakistan Electronic Media Regulatory Authority representative told The Express Tribune that no special directives have been issued for cartoons in particular, except that the Indian transmission of Cartoon Network has been taken offair.

The committee formed by the Punjab government also wants to ensure that CDs with the cartoons are not sold in Pakistan.

However, the move has not resonated well within Pakistan. Commentators on Twitter and The Express Tribune website wrote that the government seemed to be wasting its time with ‘irrelevant matters’ and that the move was ‘ridiculous’.

TV personality Shanaz Ramzi told The Express Tribune, “This is silly. These characters are part of the Hindu culture and viewing them does not change one’s belief or faith. So it certainly is not going to affect anybody’s mindset. We are no longer the pluralistic and tolerant society that we used to be. We breed intolerance.”

While Punjab Member of Provincial Assembly Farah Deeba told The Express Tribune that the move was because the cartoons “had a bad impact on the minds of young children,” parents disagree.

Shahid Ashraf, a father of two girls, told The Express Tribune that he does not think “there is anything wrong with watching cartoons of characters such as Hanuman, who is a character on screen like Dora or Barbie.”

Ashraf said, “I want to be the kind of father who keeps my children well-informed and they themselves should be best judges about things governing our lives. I believe my values are stronger than this and nobody can change that.”

According to Motwani, “For example, ‘Amar Chitra Katha’ is an epic that relates well in Indian culture, it is not a myth but a reality. Whatever decision that the Punjab government has taken is certainly without taking things into their rightful and meaningful context.”