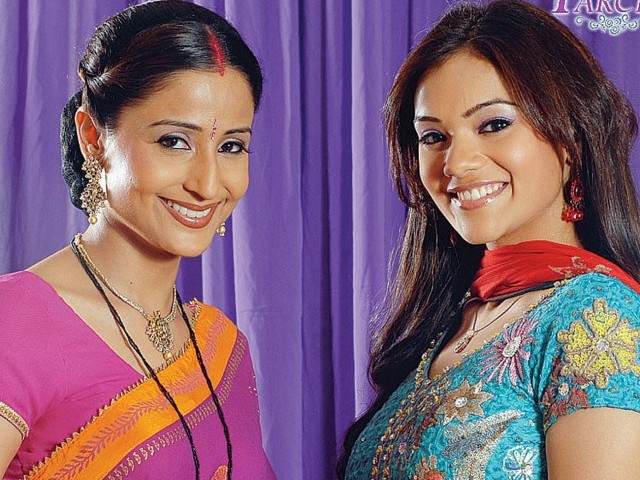 Soap operas aired on Indian television channels have been popular in Pakistan for over a decade, as are new shows like “Chhote Ustad”. PHOTO: PUBLICITY

KARACHI: Indian television channels are currently off-air but the demand for soap operas aired on these channels continues.

Taken off air in compliance with an order by the Supreme Court of Pakistan, cable operators in Karachi have no choice but to comply with the ruling. According to Salman from Multi Plus Communication, a cable operator which supplies services to residents of Gulshan-e-Iqbal, “These Indian channels have no licenses, the Supreme Court says that having a TV license is mandatory (to air programming in the country), once the license gets made they too would be on air.”

When asked about viewer demands, Salman said, “I don’t know about the ratings but people only watch these Indian channels.”

A representative of Cable Home Vision Communication, which operates in the Cantonment area, told The Express Tribune, “Our approach is to operate as many cable channels as possible. We were still running the Indian channels until a Pakistan Electronic Media Regulatory Authority (Pemra) official visited us and told us not to run Indian. So, finally we had to abide by the law”

According to Nasreen at World Call Telecom Limited, “Pemra issued the order that no legal telecom service provider can show Indian Channels on TV, hence we are following the rules.” However, another representative said that there was a number of requests being received for Indian plays.

According to another operator, “Clients are forwarding requests to allow the channels to air.”

“There is a relatively high demand from women, who cannot survive for even a day without Indian channels and soap operas,” says Salman. “We do not want to lobby against the decision as talks are underway between the government agency and the cable operators association.”

According to Cable Home Vision, “There is a big market for Indian TV channels, and the decision affects our operations in the vicinity where we operate in, but one cannot make a move in any direction and lobby for it as the decision needs to be abided by.”