Over 95,0000 Afghan refuge­es have been repatr­iated since April this year under the VRP.
Published: September 8, 2010
Tweet Email 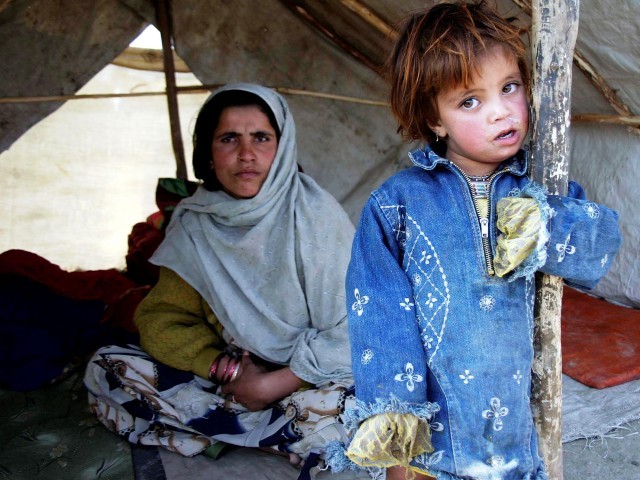 Over 95,0000 Afghan refugees have been repatriated since April this year under the Voluntarily Repatriation Programme (VRP).

ISLAMABAD: Over 95,0000 Afghan refugees have been repatriated since April this year under the Voluntarily Repatriation Programme (VRP).

The programme, launched back in 2002, begins in April every year and ends in October. Over 3.5 million Afghan immigrants have returned to their country since its launch.

At the moment, 1.7 million registered Afghan immigrants are still living in Pakistan whose period of repatriation has been further extended till 2012. According to an UNHCR official, it is expected that 30,000 to 40,000 more immigrants would leave Pakistan till the end of the programme this year.

During a survey conducted by The Express Tribune, refugees living in Islamabad and Rawalpindi are more than eager to return to Afghanistan with hopes of improved business and job opportunities during the reconstruction phase of their country.

The UNHCR official said that the focus of the agency and the government of Pakistan had shifted from Afghan refugees towards Internally Displaced Persons  in the wake of the war on terror and the flood disaster, further forcing the Afghan nationals to return to their own country. The official said that UNCHR paid 100 US dollars to each repatriate for facilitation and rehabilitation in their home country.

“Pakistan’s government is the key hurdle in the way of our repatriation as its bureaucracy wants to receive further donation from the international donors”, Ali Kardar said, an Afghan immigrant living in G-9 wo runs a grocery store.

“Each and every Afghan national wants to go back to their home country thinking that Pakistan is now more dangerous than even Afghanistan,” he added. Many others like Kardar feel that Afghan nationals now wish to play a key role in the reconstruction of their country.

Ali, who lived in Pakistan with his family for 19 years, expressed resentment towards the country’s policy in the War on Terror, which, according to him, had caused Afghanistan to suffer the most.

Zakaria, another Afghan businessman who has been running a bakery at Peshawar Mor for the last 23 years, said he was planning to shift his business to his hometown Mazar-e- Sharif in Afghanistan next year.

“There is no compulsion from the Pakistani authorities for our repatriation, but me and my family are keen to go back on our own,” he said.

Mansoora, a 50-year-old Afghan woman has been living in Pakistan for the last 15 years with her three small kids. She is also lured by the sense of opportunity in her home country. Her husband lives in Canada and regularly sends money to Pakistan,  but now she is planning on asking him to spend money in Afghanistan, feeling that the security situation is improving there.

The UNHCR in collaboration with the government of Pakistan has set up as many as 81 refugees camps across the country. Out of these, 70 camps are in Khyber Pakhtunkhwa and eight are in Balochistan.  Moreover, a large number of Afghan nationals who are living in these camps are unregistered.

Back where they belong