Kumar and wife call partic­ipants, thank them for their prayer­s.
By Our Correspondent
Published: December 11, 2012
Tweet Email 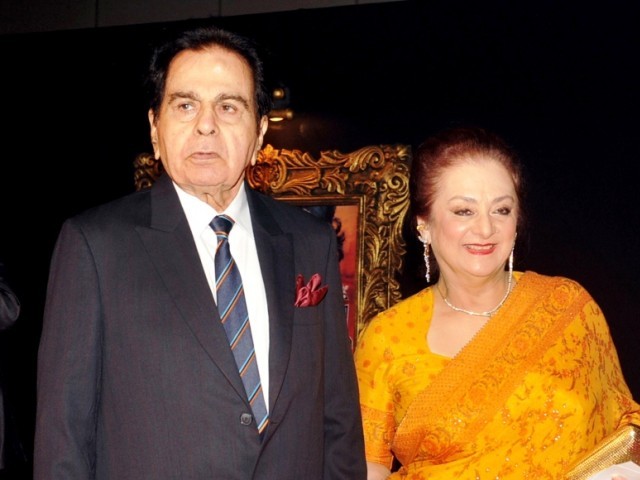 Organised by Khyber-Pakhtunkhwa (K-P) Culture and Heritage Council, writers, actors, lawyers and locals gathered at the Peshawar Press Club and paid tribute to the famous ‘tragedy king’ of Bollywood who belonged to their city.

Participants asked the provincial government to consider the houses of both Dilip Kumar and Raj Kapoor as national heritages to preserve it for future generations.

Dilip Kumar and his wife Saira Bano called in on the event and thanked Peshawarites for their love and respect.

“Where Kumar is now is only because of the prayers and love of this city,” Bano said. Kumar also spoke briefly and asked the residents of the city to remember him in their prayers.

Apart from being dubbed ‘tragedy king’, Kumar is also referred to as the ‘ultimate method actor’. He was born in Peshawar’s Muhallah Khudad, near the famous Qissa Khwani Bazaar on December 11, 1922. He moved to Bombay, India, in late 1920’s where his father Ghulam Sarwar Khan had set up a fruit business.

Kumar started his six-decade-long acting career in his debut film Jwar Bhata in 1944. Since then, he has appeared in over 60 films. He was awarded the Filmfare Best Actor Award eight times and the Indian Government honoured him with the Padma Bhushan, the third highest Indian civilian award, in 1991 and the Dadasaheb Phalke Award in 1994.