Says it is unjust if FIA invest­igates his role but not Nawaz Sharif’s.
By Owais Jafri
Published: December 10, 2012
Tweet Email 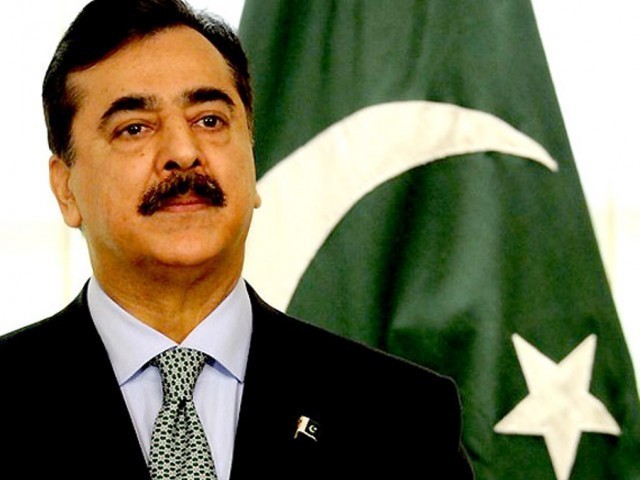 Says it is unjust if FIA investigates his role but not Nawaz Sharif’s. PHOTO: AFP/ FILE

Former prime minister Yousaf Raza Gilani said on Sunday that if the upcoming general elections are held fairly, then no party will win an overall majority.

“Next parliament will be nothing more than a hung parliament, if the elections are transparent,” Gilani told the media at his residence.

However, even if there is a coalition, Gilani did say that the Pakistan Peoples Party (PPP) will be playing a major part in the government.

He added that PPP will ensure transparency and that the general elections are held at the right time.

Speaking about Pakistan Muslim League-Nawaz’s (PML-N) success in the by-elections, Gilani said that it was not a “big victory”.

He said that the PML-N is depending too much on ‘forward blocs’, adding their alliances do not reflect their representation in the government.

Talking about rising corruption in the country, Gilani said that PML-N’s leadership only blames the government for corruption, and forgets that combating the menace is not just the responsibility of the federation.

He recounted that under the NFC awards, provinces gained a role in putting checks on corruption in the country.

He said that the Federal Investigation Agency (FIA) should not exempt Nawaz in the Asghar Khan case.

He said that it would be a form of discrimination against him, if the FIA probes him and does not do the same with Nawaz, since he too was a former premier. He urged the FIA to deal with Nawaz’s cases on the basis of merit.

Speaking about the Kalabagh Dam, he said that it is the problem of the people of Pakistan, not the issue for institutions to solve.

He gave the example of Diamer-Bhasha Dam, where after the 18th amendment, all provinces sat together and decided the fate of the construction of the mega power project.

People should not allow only those institutions that represent them to play with their demands and differences, Gilani said.

With regards to the Seraiki province, he said he wants the representatives of the people of Pakistan to continue their support for the province.

He said that in the last five years, only two to four billion rupees have been issued to the Seraiki region. He said that people today are wiser and are well aware of their rights due to democracy. He lauded Mian Manzoor Watoo’s efforts to strengthen the PPP in Punjab.

Delimitation of constituencies: ‘It’s a conspiracy against MQM’s mandate’