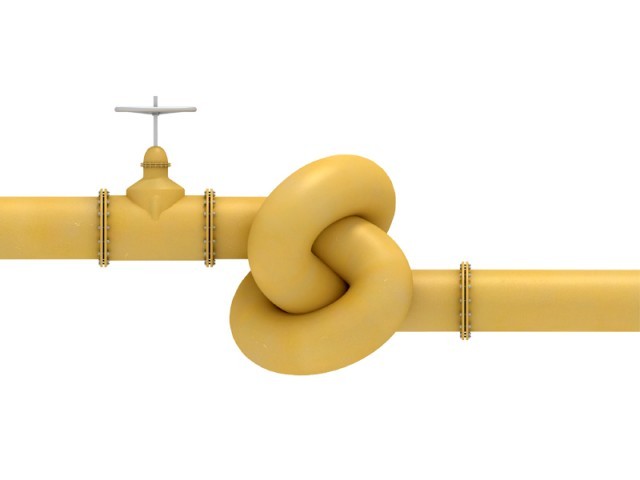 "Foreign buyers are very angry with us and have threatened to divert their orders to Bangladesh, India and China", says FCCI President. PHOTO: FILE

The Faisalabad Chamber of Commerce and Industry (FCCI) has criticised the Sui Northern Gas Pipelines Limited (SNGPL) for curtailing the gas supply to the industries in the Faisalabad region for most days in a week.

He said that textile industry was the backbone of Pakistan’s economy accounting for more than 60 per cent of foreign exchange earnings, 40 per cent of employment and 34 per cent of the total national industrial productivity.

He said that Faisalabad was the biggest textile industrial centre of the country with more than 225,000 power looms, 500 printing mills, 400 sizing factories and more than 50 spinning mills.

The country earned US$4 billion (Rs382 billion) from textile exports annually, he said.

“Depriving such an important sector and the hub of the textile industry of gas for four days a week will crush the industrial sector as well as destroy the textile exports of the region,” he said.

During the current week, he said, the four-day gas closure followed the Eid holidays due to which factories had been closed for more than a week.

“This extraordinary closure has dealt a severe blow to the industrial production and business activities in the region,” he said.

He said this also delayed the production of export orders for Christmas supplies to the US and Europe.

“Foreign buyers are very angry with the Pakistani manufacturers and have threatened to divert their orders to Bangladesh, India and China,” he said.

He said this closure had resulted in a Rs1 billion loss to industrial manufacturing, business and trade in the region.

He said that the gas authorities should have devised a load management plan after consulting business and industries so that they could work according to the plan.