Beyond basic training: 30 teachers to be taught through mobile phones

Beyond basic training: 30 teachers to be taught through mobile phones 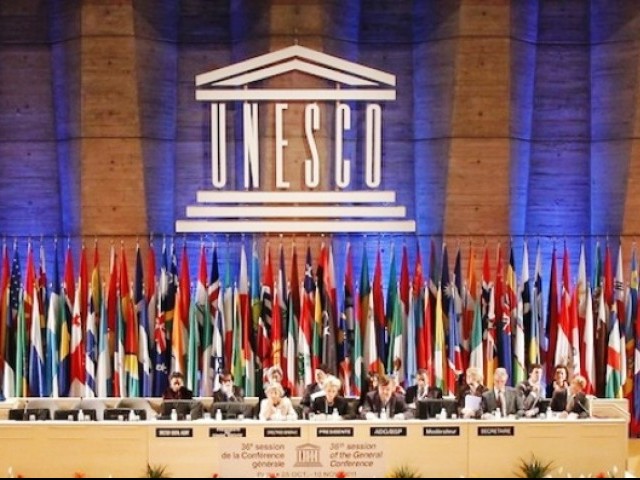 UNESCO will provide the mobile sets and other infrastructure for the project while learning and training content will be developed by the department. PHOTO: REUTERS

As many as 30 teachers with the Literacy and Non Formal Basic Education (LNFBE) Department will be trained through a Mobile Literacy Programme (MLP) in collaboration with UNESCO.

This replicates the MLP projected initiated by Bunyad Foundation, a non governmental organisation, with UNESCO in 2009. The programme, in its third phase, is using mobiles to teach as many as 1,200 people in five districts.

The project is set to start within a month. UNESCO will provide the mobile sets and other infrastructure for the project while learning and training content will be developed by the department. As many as 750 mobile messages on topics ranging from basic morality, religious values, health and hygiene, numeracy, language and teacher training will be sent to the teachers during the programme.

A non-formal basic education teacher is someone teaching in a non-formal set up to a basic primary level and is affiliated with the LNFBE department. The teachers have been selected from each of the three LNFBE projects, including community centres, brick kiln and adult literacy. The teachers were selected from the districts of Multan, Sahiwal, DG Khan, Khanewal, Khushaab, Okara, Pakpattan and Mandi Bahauddin.

In addition to imparting conventional training to teachers, the LNFBE department says the MLP can offer a substitute for training through an unconventional method that is both “faster” and “more attractive”.

LNFBE Secretary Dr Pervez Ahmad Khan told The Express Tribune the project would allow the government to test unconventional methods to provide trainings and learning material in a world where mobiles are now a basic necessity. He said the six-month post literacy training for teachers was in its formative stage.

“If we fail to train teachers through the conventional methods of using readable materials and training workshops, why not employ unconventional methods such as mobile phones in literacy programmes?,” he said. He said the project will be evaluated upon completion and was being enacted on a limited scale. The project will be evaluated by a third party after six months. “It would be premature to predict the outcome but the method [of using mobiles] is faster,” he said.

Earlier this year, Bunyad Foundation kicked of the third phase of the MLP in 50 learning centres in the districts of Multan, Muzaffargarh, Sahiwal and Bahawalpur.

Qasim Rabbani, a project manager for Bunyad Foundation in Alipur, said the project had succeeded in developing the interest of learners between the age of 16 and 30. Speaking about his experience of working with adult literacy centres earlier, Rabbani said attendance and the effectiveness of these centres was very low. “Each of the 50 centres had an attendance of 25 learners for two months. Later, they were given mobiles for eight months with free messaging service. They received an average of 10 mobile messages daily on various subjects…even assessments were conducted via SMS at times,” he said.

UNESCO’s Director in Pakistan Dr Kozue Kay Nagata said such initiatives can help Pakistan address the tough challenge it faces to meet universal goals for education. Dr Nagata told The Express Tribune he hoped the MLP pilot project could be replicated globally. She said the unconventional nature of the programme poses challenges, including skeptism towards it. “People need an incentive to learn… mobile phones offer people motivation,” she said. “People who will be part of project are just like you and me – what attracts us will attract them,” she said.