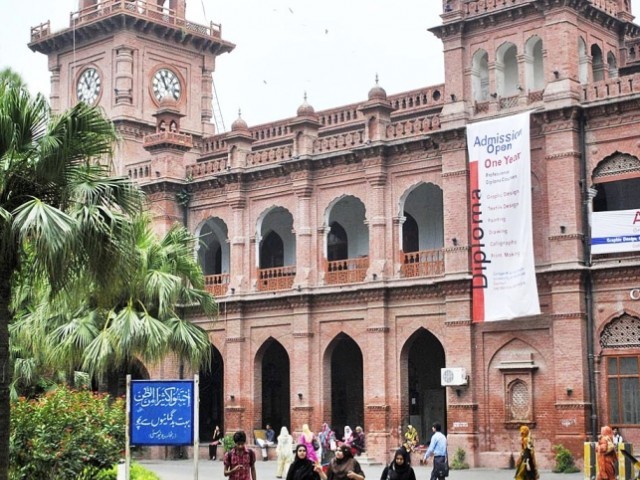 Punjab University is celebrating its 130th anniversary this week. However, the official ceremony has been postponed and will be held after Vice Chancellor Mujahid Kamran returns from abroad.

Punjab University has produced as many as 600 PhDs in the past decade. Currently, 30,000 students are studying at the university.

Established in 1882, the varsity has campuses in Gujranwala, Khanspur and Jhelum besides the Allama Iqbal and the Quaid-i-Azam campuses in Lahore, popularly known as the Old and the New Campus, respectively.

In 2012, the Higher Education Commission of Pakistan ranked PU as the 5th best university in the country.

Rana said the university which was notorious for its violent student politics in the past decade had now transformed and offered a good academic environment.

He claimed that the university administration had brought back focus on academics.

“The dilemma we face is that the commitment of public sector educational institutes is often doubted,” he said.

It also states that the varsity aims to achieve a target of 70 per cent PhDs in its faculty in the next five years. The percentage currently stands at 32.

Rana says the university has enhanced its research budget and hopes to encourage culture of learning. He said more than Rs9 billion has been allocated by the varsity for research.