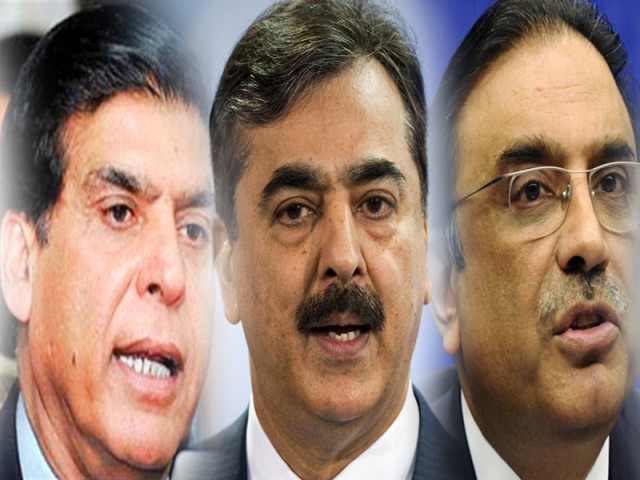 Gilani has been disgruntled over recent events including writing the letter to Swiss authorities. PHOTO: FILE

According to Express News Islamabad bureau chief Amir Ilyas Rana, the purpose for the meeting was to resolve a discord between the former and incumbent prime ministers.

Rana explained that a number of factors have become the subject of discontent for Gilani including Ashraf’s decision to write the letter to Swiss authorities. The letter had cost Gilani his premiership and put him in a cul de sac where he was debarred from participating in elections for five years.

The bureau chief added that other concerns for Gilani included arrest of his son Musa Gilani and discontinuation of a number of projects which Gilani had initiated as prime minister.

Rana said that the PPP still needs Gilani, even though he cannot partake in elections. He said that the ruling party would need the services of their former premier to secure votes in the Seraiki belt in the upcoming general elections.

Earlier on Tuesday, a spokesperson for Gilani strongly rejected a news report that the senior vice chairman of Pakistan Peoples Party was joining some other party. Terming the report published in a section of press as mischief, the spokesperson had said that Gilani’s commitment to the PPP and his ideology was unwavering.