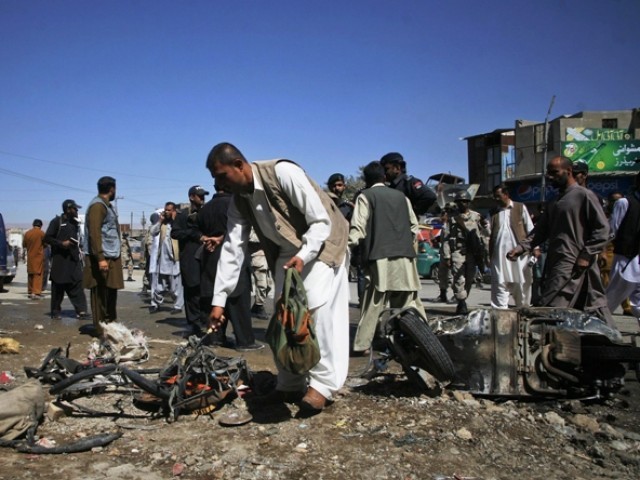 In the continued cycle of violence that grips the Balochistan’s capital, a teenage boy lost his life and as many as fifteen other people were injured when a bomb exploded at a check-post near Double Road area, on Monday.

Police officials revealed that an explosive device, attached to a bicycle, detonated near a police check post outside the Urban Planning and Development Office, leaving 15 people injured, including four police officers.

Capital City Police officer Quetta Mir Zubair Mehmood, along with a contingent of police and frontier corps, reached the site soon after the incident and cordoned off the area.  The injured were shifted to Civil Hospital Quetta, where a young boy succumbed to injuries sustained during the blast.

Officials said that the bomb was detonated through a remote control and targeted the Police check-post nearby.  According to the bomb disposal squad, the device weighed 5 kilograms and damaged the surrounding buildings.

However, police has so far registered a case against unknown assailants and have initiated an investigation into the incident.