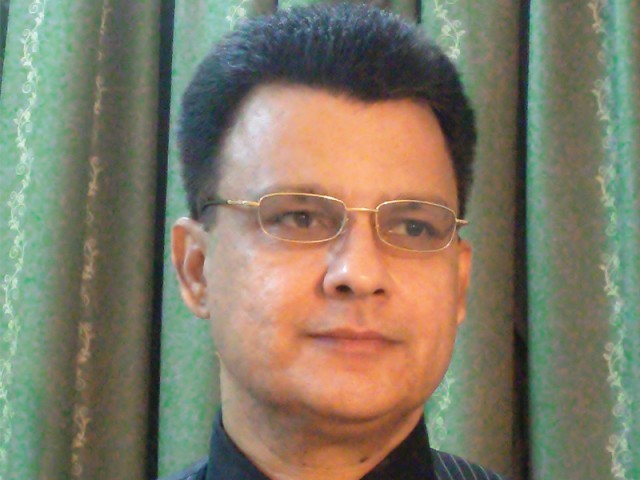 "The people of Sindh want the political parties to announce a decisive struggle against the SPLGO," Awami Tehreek President Ayaz Palijo.

HYDERABAD: The increasingly strident Sindhi nationalist leaders have been putting up a united front against the Sindh Peoples Local Government Ordinance, but their disagreements over the mode of protests are bringing the fissures to light.

Separate press conferences by the Awami Tehreek and Sindh Taraqi Pasand leaders on Friday, both held to announce the course of action regarding the protests, exemplified this to some extent.

Awami Tehreek President Ayaz Palijo expressed his disappointment over a recent meeting of the Save Sindh Committee which took place on October 3 in Karachi. “Representatives of the Awami Tehreek had suggested holding a long march from Kashmore, Sukkur and Mirpurkhas to Karachi and to fill the province’s jails [by resorting to agitation],” said Palijo. “The recommendations, however, were not accepted at the meeting.”

Sindh Taraqi Pasand Chairperson Qadir Magsi, not explaining why the ‘agitation plan’ was not taken up, requested Palijo to attend the committee’s meetings and implement its decisions. “Their lack of participation is affecting our movement,” he admitted in reply to a question.

Magsi lamented that Sindhis are a weak nation who are more influenced by the pacifying poetry of Shah Abdul Latif Bhitai than the resistance model of Sufi Shah Inayat.

Sindh’s natural resources are stolen and discriminatory laws are imposed on the people because of this weakness, said Magsi.

“As I pointed out, the same weakness exists among the ranks of nationalist parties,” he acknowledged.

Palijo, again, proposed to the nationalists and opposition leaders in the Sindh Assembly to organise a million-people march to Karachi. The participants should lay a siege outside the Sindh Assembly – just as the Tahrir Square in Egypt was used as the focal point of the 2011 revolutions, he said.

“The people of Sindh want the political parties to announce a decisive struggle against the discriminatory local government ordinance.”

While this appeal may take time to elicit support, Palijo announced a blockade of all the highways in Sindh on October 14. He said his party will also support the strikes announced by the Save Sindh Committee, taking place on the 10th, 12th and 19th of October.

Meanwhile, Magsi announced that his party will set up a permanent camp for a hunger strike in Qasimabad, Hyderabad. They will also collect signatures against the ordinance.

The leaders, however, underplayed the apparent disagreement, calling them natural differences among separate political entities whose aims converge on national issues.

The two leaders rejected what they called ‘a plan to snatch the livelihood of Sindhis in Karachi’ under the new system. “With the help of the new inland fishing laws, the Muttahida Qaumi Movement’s mayor will evict the Sindhi and Baloch from their centuries-old abodes and rob them off their livelihood,” alleged Palijo.

Magsi called for dividing Karachi in at least eight to nine districts on the basis of population. “If most of the other districts in Sindh have a population of around 1.5 million, then the districts in Karachi should also be created on the same basis.”

He rejected the addition of Khairpur as the sixth metropolitan corporation in Sindh. “Today Qaim Ali Shah has elevated Khairpur, tomorrow Shirazis will want the same status for Thatta followed by Mahars of Ghotki.”

Both the leaders were in agreement over the role of the Pakistan Peoples Party and the MQM, accusing the former of carrying out an undeclared operation against the nationalist workers. “The two parties passed the ordinance on October 1 which is the same day when over 150 Sindhis were murdered in Karachi in 1988.”

According to Magsi, FIRs have been registered against 582 leaders and workers of his party while 56 have been arrested.

Divorce 101: ‘Disparities in education levels and class cause marriages to fall apart’