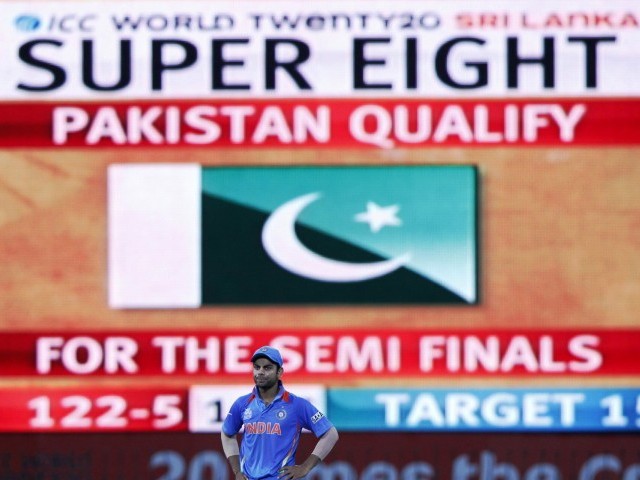 India's Virat Kohli stands in front a display indicating the Pakistan had qualified for the semi finals after South Africa scored the 122nd run. PHOTO: REUTERS

India’s total of 152 for six was not enough because in the 17th over eliminated South Africa passed the target of 121 runs that ensured Australia and Pakistan would move into the last four.

Hosts Sri Lanka will meet Pakistan in the first semi-final in Colombo on Thursday and Australia take on the West Indies on Friday in the same stadium.

The final is on Sunday.

India scratched their way past 150, boosted by a late burst from Suresh Raina (45) and captain MS Dhoni (23 not out).

Lakshmispathy Balaji was twice hit for six in the final over but he bowled Albie Morkel and his brother Morne to seal victory with one ball to spare.