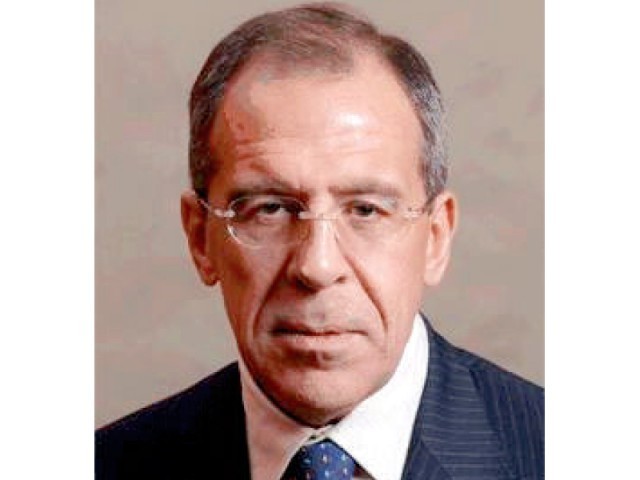 Russian Foreign Minister Sergei Viktorovich Lavrov will travel to Pakistan this week in what appears to be a ‘damage control’ exercise after President Vladimir Putin postponed his scheduled trip to Islamabad recently.

“He is visiting Pakistan on the invitation of Foreign Minister Hina Rabbani Khar, extended during her last visit to Moscow in February this year,” the spokesman said.

Official sources said this visit by the top Russian diplomat was aimed at dispelling impressions that efforts by the two sides to reset their otherwise troubled ties might get stalled after President Putin put off his maiden trip to Pakistan.

While the Russian foreign minister will be holding broad-based discussions with the Pakistani leadership in Islamabad, Chief of Army  Staff General Ashfaq Parvez Kayani would be in Moscow at the same time for discussions with his counterpart.

Gen Kayani is due to leave for Russia on October 3 for a three-day trip as part of the new efforts launched by the former cold war rivals to open a new chapter in their ties.

The Afghan endgame is believed to be a major factor behind the apparent rapprochement between Islamabad and Moscow.

“Pakistan and Russia are increasingly concerned about the future of Afghanistan. And that is why they intend to expand their cooperation,” commented Dr Ishtiaq Ahmed, a Jinnah fellow at the Oxford University.

According to Ishtiaq, Islamabad appears to be reaching out to countries like Russia in an effort to seek a regional solution to the Afghan conflict instead of the one the US is trying to impose.

A statement issued by the foreign ministry also hinted at this assessment by suggesting that Pakistan and Russia “share the common objective of peace and stability” in the region.

“We attach importance to regional connectivity both in terms of trade and energy cooperation,” the statement added.

The foreign ministry spokesperson said that the forthcoming visit of Foreign Minister Lavrov would provide an opportunity to further expand and intensify the existing mutually-beneficial bilateral ties.

During his stay in Islamabad, besides holding bilateral consultations, Foreign Minister Lavrov is also scheduled to call on President Asif Ali Zardari and the prime minister.