Climate change: Senators alarmed by deforestation in the country

Climate change: Senators alarmed by deforestation in the country 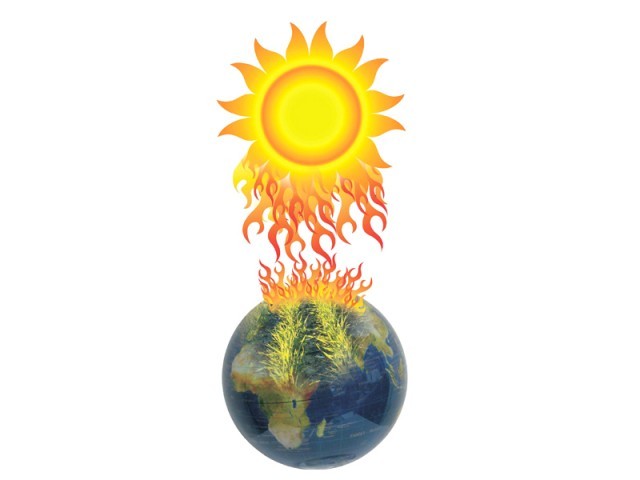 NDMA chief warns against delay in drawing up a plan to counter monsoon ravages. PHOTO: FILE

With flash floods cutting a trail of destruction across some districts of Balochistan and Sindh, the Senate standing committee on climate change raised alarm on Monday at the rapid deforestation in the country and directed the government to take immediate steps to rehabilitate forest land.

Highlighting the role of trees in curbing flash floods, the head of the National Disaster Management Authority (NDMA), Dr Zafar Iqbal, told the committee that 4.4 million people had been displaced in the current floods while 370 people had died and 1,200 had been injured.

Dr Iqbal told the panel that the geography, intensity and time of monsoon season were rapidly changing due to global warming. He added that the phenomenon would pose a formidable challenge in the future.

“Now is the time we realise how big a challenge we are confronted with. We must plan how we can deal with it. Delaying will aggravate the problem beyond our capabilities,” said Iqbal when speaking about this year’s untimely flooding caused due to heavy monsoon rains.

Senior officials informed the committee that only 5.01 per cent of the total land area of Pakistan had forests on it which is far below the international standard of 25 per cent.

Federal secretary for the Ministry of Climate Change, Mahmood Alam Khan, told senators that the target of planting 71.9 million saplings had been set for the past four years. But this target
could not be met primarily because ‘people do not realise how important trees are to the environment and therefore unrestricted cutting of forest land continues unabated’.

The committee’s chairperson, Senator Dr Saeeda Iqbal of Pakistan Peoples Party (PPP), expressed grave concern at the deteriorating situation and observed that “Pakistan is on the verge of becoming a country without forests. Our government and our communities must rise to the task ahead and strive to overcome the challenges posed by the aftermath of climate change.”

The panel was alarmed to learn of massive deforestation in all parts of the country especially in southern Punjab and Potohar regions.

Noting that official agencies responsible for salvaging the situation were shying away from their duties, the chairperson recommended the formation of a national committee to work with provincial departments to increase the area of forests which had been shrinking over the years.

Minister for Climate Change Rana Muhammad Farooq Saeed Khan on Monday said the federal government will provide 600,000 bags of rations to the affected people in rain hit areas of the country.

“Although it is responsibility of the provincial governments, the federal government is doing its bit to provide relief to poor rain affected people,” he told media after a meeting of the Senate standing committee on climate change. APP