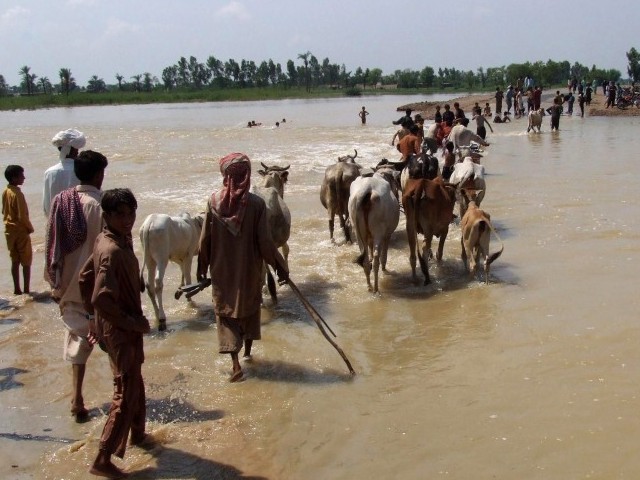 Already suffering the consequences of militancy, Pakistan is now up against another equally threatening predicament – unprecedented climate change which continues to threaten the country’s environment and population.

A Senate Standing Committee on Climate Change will be briefed on Monday by the National Disaster Management Authority (NDMA) on the issue of monsoon flooding that has wreaked countrywide havoc.

The heart of the discussion, according to one member, is to revolve around measures taken to identify and eradicate the root cause of flooding which has struck the country for the third time since 2010.

The meeting, to be presided over by Senator Dr Saeeda Iqbal of the ruling Pakistan Peoples Party (PPP), will be attended by officials of the disaster management authority from the worst-hit provinces of Sindh and Balochistan.

Furthermore, the Federal Ministry on Climate Change will brief senators about how the phenomenon of global warming could exacerbate natural disasters like floods and windstorms in the near future.

“We will caution authorities that the problem is far bigger than our national perception about it and a collective response to address it is yet to be initiated,” said one NDMA official.

One of the reports of the climate change ministry to be presented to the committee states that Pakistan was a victim of climate change due to its geographical position. Since it is sandwiched between the highly industrialised nations of China and India – both among the top carbon emitters in the world – its atmosphere suffers adversely from pollutants.

“It may be a comparative advantage in terms of economic growth and business opportunities but when it comes to environment degradation it is a challenge and we are struggling to deal with it,” the official added.

Massive deforestation and underproductive tree plantations are other issues to be discussed at the meeting.

‘Project Cleanup for Peace’: Youth take charge of streets as agents of change