Casual­ties for first half of the year saw a 6% increa­se from last year.
By Saad Hasan
Published: September 17, 2012
Tweet Email 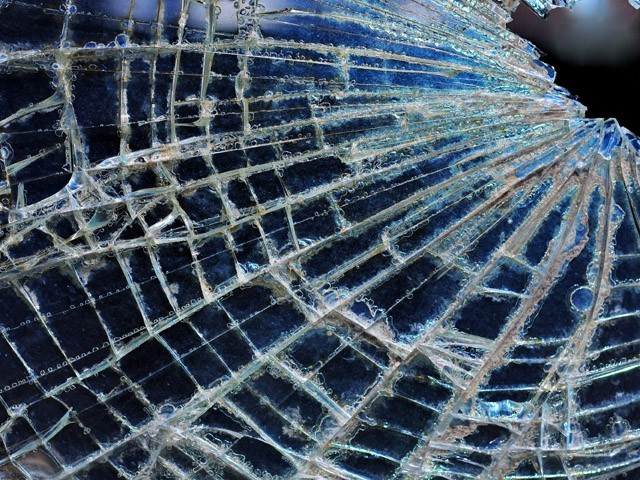 The overall casualties reported were 597 which was a six percent increase from last year’s report. PHOTO: FILE

KARACHI: If you’re in a hurry to catch your flight, you might want to keep all eyes on the road as the highest number of fatal road accidents from January to June 2012 were reported at Shahrae Faisal.

Around 37 people were killed and more than 700 were injured on the main route leading to Jinnah International Airport, according to the half-yearly statistics compiled by the Road Traffic Injury Research and Prevention Centre.

Shahrae Faisal was followed by the Korangi Industrial Area and Korangi Road where more than 50 people were killed.

The overall casualties reported were 597 which was a six percent increase from last year’s report.

“There are no concrete studies which could identify the reasons for the increase in traffic accidents,” said the centre’s programme manager, Ameer Hussain. “It is, however, apparent from the rise in accidents on Shahrae Faisal that the creation of signal-free corridor and fast lanes has added to the fatalities.”

Sattar Javed, a road safety consultant of the Karachi Metropolitan Corporation, said that one probable reason for rise in accidents on Shahrae Faisal was the growth of trees on the green belt which divides the road. “It can be hard to tell when someone is about to walk on to the road and there is almost no time to react as vehicles are travelling at a high speed.”

The report stated that over 16,821 people were injured or killed, 10,494 of which were motorcyclists and pillion riders, in 13,618 separate road accidents. Lack of helmets was once again identified as one of the main problems with two-wheel vehicles as 81 per cent motorcyclists were without helmets. Alarmingly, around 1,000 of the injured motorcyclists were 15-year-old or younger.

“Young men usually ignore wearing a helmet and it’s about time the authorities make sure the law is implemented,” said Hussain, while choosing to also look at the brighter side of the statistics. “Considering Karachi’s geographical size, its population and the number of vehicles on the roads, the year’s first-half figures are not as bad as previous statistics.”

Javed advised people to dress bright to avoid being hit. “Wearing a bright jacket reduces the chances of bikers being hit from the rear.” He offered the same advice to pedestrians, saying “We need to make sure that people use such precautions even if it sounds strange to them.”

Around 222 pedestrians were killed while crossing the roads, standing at bus stops or in hit-and-run accidents. Alomst 50 people lost their lives in Defence Housing Authority and cantonment areas while over 1,700 were injured.

What still needs to be done

Over-speeding and other violations cannot be controlled until lawbreakers are held accountable, said Hussain. “The Karachi Metropolitan Corporation has a network of surveillance cameras which can be used to send challans directly to the doorstep.”

Pedestrian bridges are being constructed by KMC but according to experts, they won’t be able to save all the people on foot. “What happened to pedestrian crossings which require the traffic to stop at intersections and allow people to cross the road?” asked Hussain, adding that he could hardly see any zebra crossings in the city.

Anti-Islam film: Protesters clash with police outside US Consulate