Bjork is the latest to join a list of celebr­ities who have been campai­gning for donati­ons for Pakist­an.
Published: August 28, 2010
Tweet Email 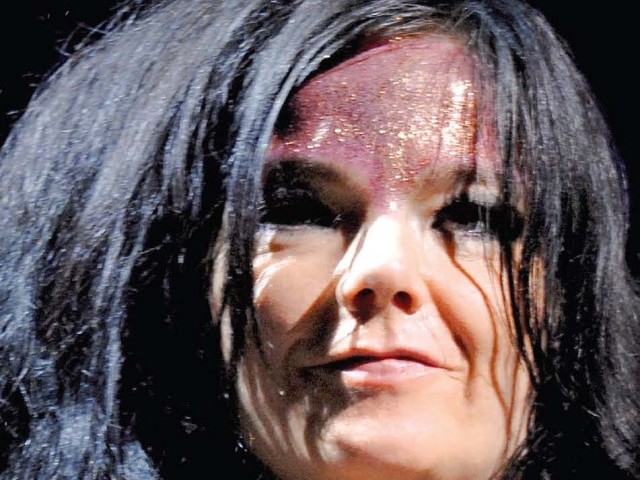 Icelandic singer Bjork is the latest to join a list of celebrities who have been campaigning for donations for Pakistan. Bjork’s “The Comet Song”, featured in the 3D children’s movie Moomins and the Comet Chase, will be released digitally on September 6. Bjork announced that the proceeds from the release will go to Unicef to provide relief to the flood victims in Pakistan.

Mission Impossible star Tom Cruise has also urged his fans to generously donate for the victims of the ongoing floods. The actor reportedly tweeted, “People of Pakistan, our thoughts are with you.” Cruise is also campaigning to support the cause. He has provided information about easy ways make donations by sending a text message that will add $10 to the charity.

We present a roundup of other international celebrities who are working for flood relief efforts.

Angeline Jolie, who is also the goodwill ambassador for the United Nations (UN) High Commissioner for Refugees, has donated $100,000 to help those affected by the floods. The actor has not ruled out coming to Pakistan to further aid the millions affected by this disaster. According to a report, Jolie is also set to appear on CNN to ask people to donate towards flood relief efforts.

On his official blog, Mike Shinoda has written about the efforts being conducted by Music for Relief (MFR). Shinoda is actively advocating the cause. MFR is aiming to help 560,000 survivors and all the donations made to help the victims of the flood have been guaranteed to reach Pakistanis in need. MFR has further pledged to match individual donations of up to $10,000.

Like Tom Cruise, actor Ashton Kutcher has also drawn the attention of his fans towards one of the worst natural disasters of the millennium. The actor tweeted, “Think the Pakistan disaster doesn’t concern you? Think again.” He also posted a link of how to give donations to the survivors.

Little concern has come from Bollywood. Preity Zinta was one of the few celebrities who showed concern about the flood victims.

“My heart goes out to all who have suffered due to the floods in Pakistan. May God give peace to the departed and strength to all those left behind,” the Bollywood diva tweeted.