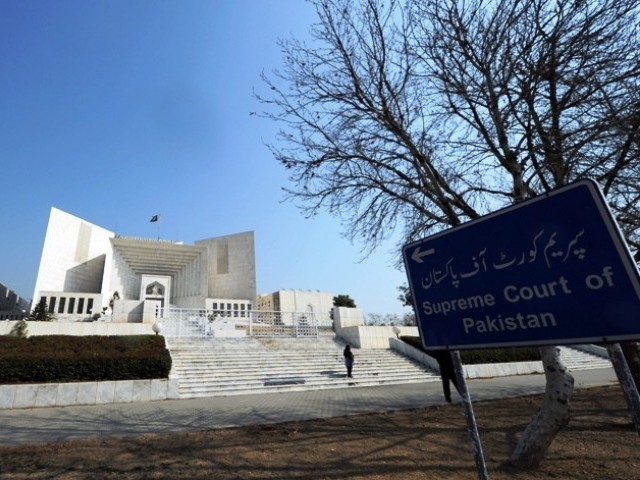 It was also pointed out that an adagency, Midas, was involved in corruption worth billions regarding advertising misappropriations. PHOTO: AFP/FILE

The Supreme Court has ordered to the authorities to freeze a ‘secret account’ of the ministry of information and broadcasting till the next date of hearing of a case pertaining to the formation of a media accountability commission.

Through their petition, the journalists claimed that the Pakistan Peoples Party-led government was aware about the secret fund and were continuing to use it even after coming into power.

The court was informed that the information ministry’s last budget was Rs2.14 billion, while it had now been increased to Rs4 billion. They added that the funds were being used for a ‘secret agenda’ in an incorrect manner by influencing the media.

At one point, it was pointed out that a private news channel had received millions from the government last year.

Justice Khilji asked the ministry to inform the court of its budget and mandate. The bench maintained that it was compelled to pass an interim order in the case as the ministry, even after being given time, had not provided the court with any information.

Justice Khawaja said not a single penny would be allowed to be used from the secret funds. He added that the use of public money should be made transparent, as it belonged to the people.

During proceedings, Justice Khilji inquired whether there were any regulations for the distribution of government advertisements.

It was also pointed out that an advertising agency, Midas, was also involved in corruption worth tens of billions of rupees regarding advertising misappropriations. It was alleged that Punjab government officers who had pursued this matter, seeking the return of ill-gained public money from Midas, were now being harassed through false cases in the National Accountability Bureau (NAB). The court was asked to make Midas a respondent to these proceedings, and to call the Punjab government officers to record their statements on the matter.

The court adjourned the hearing till September 12.

The petition prays to the Supreme Court to form a commission that will be responsible for inquiring about the source of income of TV channel owners, advertising agencies and anchorpersons.

While hearing a case pertaining to the law and order situation in Balochistan, the Supreme Court summoned the commandant of the Frontier Corps Dera Bugti today (Friday) over the missing persons issue.

Chief Justice Iftikhar Mohammad Chaudhry ordered FC Commandant Col Arshad to appear before the court to inform it on the whereabouts of one Khao Bugti along with 18 other missing persons said to be held in the FC camp in Dera Bugti.

Meanwhile, the chief justice also noted that no action has been taken to provide relief to the Hazara community, who are being constantly targeted in sectarian killings.

“Around 200 members from the Hazara community used to study at the University of Balochistan, whereas now, there are none,” Khilji Arif Husain said.