The UN launch­ed an urgent appeal for more helico­pters for Pakist­an where 800,000 people have been cut off by floods.
By AFP / Express
Published: August 25, 2010
Tweet Email 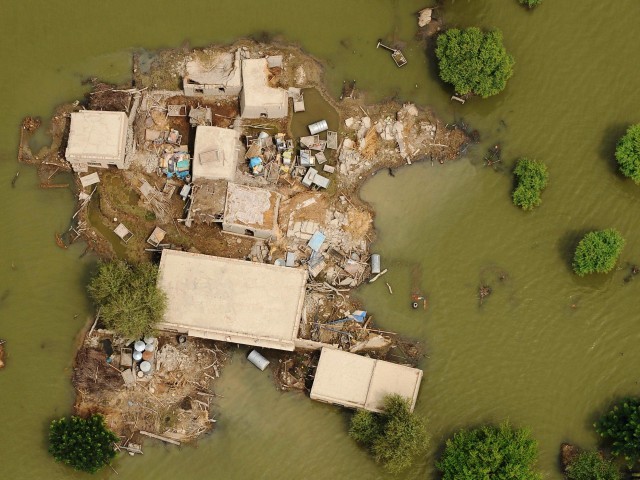 An aerial view of an area affected by the floods on the outskirts of Multan on August 24, 2010. PHOTO: AFP

The United Nations has launched an urgent appeal for more helicopters for Pakistan where it said 800,000 people have been cut off by the country’s devastating floods and were only reachable by air.

“As monsoon floods continue to displace millions in southern Pakistan, an estimated 800,000 people in need across the country are only accessible by air,” the UN Office for the Coordination of Humanitarian Affairs said. “More helicopters are urgently required,” OCHA said in a statement Tuesday.

Five million people have been made homeless across the country and officials have warned that millions are at risk from disease and food shortages. “These unprecedented floods pose unprecedented logistical challenges, and this requires an extraordinary effort by the international community,” said John Holmes, UN Under-Secretary-General for Humanitarian Affairs and Emergency Relief Coordinator.

Marcus Prior of the World Food Programme said at least 40 additional heavy-lift helicopters were needed “to reach the huge numbers of increasingly desperate people with life-saving relief”, according to the OCHA statement.

Pakistani officials have warned that the country’s fertile southern plains face the risk of more flooding in the next few days as a major river threatens to burst its banks.