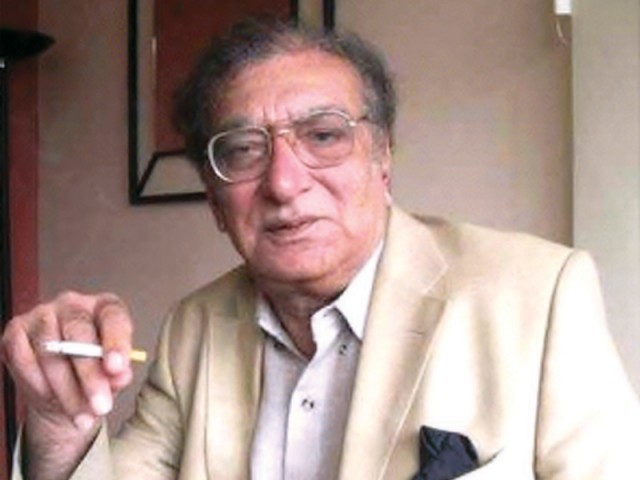 Private functions organised to pay tribute to one of the most popular poets in recent times.

ISLAMABAD: The fourth death anniversary of legendary poet Ahmed Faraz will be commemorated on Saturday.

Known for his progressive and romantic poetry, Faraz’s verses were simple and inspired a large number of people not only in Pakistan but all over the world especially the younger generation. The poet was awarded Hilal-e-Imtiaz, Sitara-e-Imtiaz and Hilal-e-Pakistan posthumously. Faraz was arrested for reciting his famous poem criticizing military dictator Ziaul Haq .

After his release, Faraz went into self-exile. He spent six years in Britain, Canada and Europe before returning to Pakistan. Initially, he was appointed Chairman of the Pakistan Academy of Letters and later Managing Director of the National Book Foundation, a position he held for several years.

To pay homage to the poet, the Ahmed Faraz Trust, founded by his son Shibli Faraz, will hold a memorial reference on Saturday in which writers and intellectuals will pay homage to the great poet and participate in Quran khwani along with dua at his mausoleum at the H-8 Graveyard at 11am.

Intellectual and writer  Ashfaq Salim Mirza pointed out that the lack of government initiative to commemorate the poet’s death anniversary was because of Faraz’s take on politics. “Neither democratic governments nor dictatorships were ever happy with Faraz. He believed in progressive ideals who raised his voice against aristocratic rulers, obscurantism and bigotry without fear.”

Mansoor Javaid a close friend of Faraz is also organising an event to remember the poet. According to him, “ Faraz was not only a poet, he was an activist. When women marched against Zia’s regime, Faraz was leading from the front, facing shells and sticks, but he didn’t care.  He was a great man and a great poet.”

He also participated in protests against Musharraf for restoration of democracy in 2007 before his illness.

Whether or not the poet’s death anniversary is officially commemorated, he will always be remembered as the poet of the people.