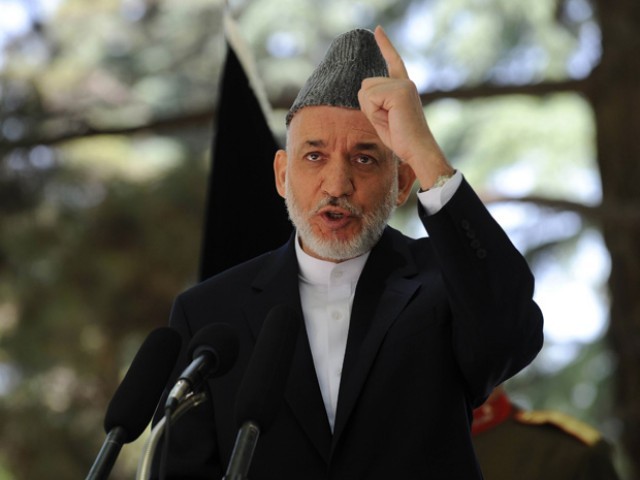 Afghan officials on Wednesday blamed “infiltration by foreign spy agencies” into the ranks of its security forces for a rise in attacks by Afghan soldiers on US-led Nato forces.

The announcement came after President Barack Obama and top US military officers expressed growing concern over the so-called “green-on-blue” attacks in which uniformed Afghans turn their weapons against their Nato allies.

A total of 10 soldiers, mostly Americans, have lost their lives at the hands of their Afghan colleagues in the past two weeks, and the attacks have caused almost one in four coalition deaths in the war so far this month.

President Hamid Karzai held a meeting of the country’s National Security Council on Wednesday to discuss the matter.

Senior Afghan officials told Karzai their months-long investigation had shown that “foreign spy agencies” including those of Afghanistan’s neighbours were behind the rise in insider attacks, presidential spokesman Aimal Faizi said.

“Reports presented by security officials in this meeting blamed infiltration by foreign spy agencies into the ranks of Afghan security forces as responsible for the rise in the individual shootings,” Faizi told reporters.

“It shows that majority of these attacks is the result of such infiltration.

“The reports further highlighted that foreign spy agencies are increasingly fearful of the empowerment of the Afghans security agencies.”

America’s top military officer flew to Kabul for talks on the issue on Monday with Nato commanders and Afghan top brass.

General Martin Dempsey, the chairman of the US Joint Chiefs of Staff, said he came away “reassured” after discussions with his Afghan counterpart, General Shir Mohammad Karimi.

The total death toll from insider attacks this year has already reached 40, which makes up 13 per cent of all international coalition deaths for 2012.