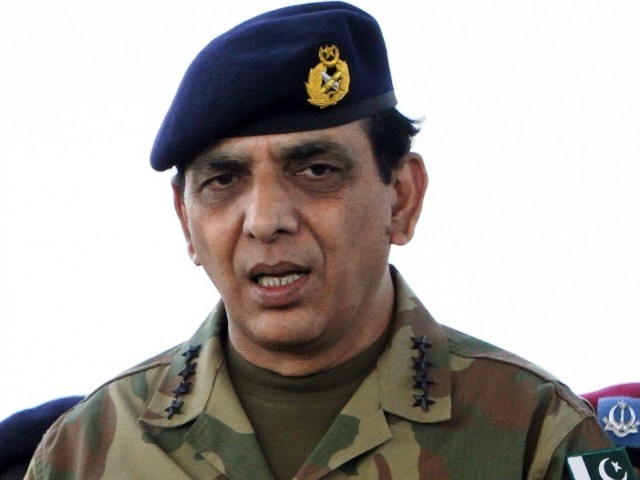 Army chief meets US Centcom Commander, says Pakistan will not launch operations as a result of 'outside pressure'. PHOTO: REUTERS/FILE

In a statement released by Inter-Services Public Relations (ISPR) on Friday, Kayani clarified Pakistan’s position in response to Secretary of State Hillary Clinton’s statement of July 3, 2012 in which she said talked of “coordinated actions against terrorists who threaten Pakistan and the region”.

The ISPR statement said, “It is important to distinguish between ‘coordinated action’ and ‘joint operation’.

“‘Coordinated action’ implies that the Pakistan Army and Isaf conduct operation on respective sides of the Pak-Afghan Border. For such actions, intelligence sharing is the mainstay of mutual cooperation. Contrarily, a ‘joint operation’ implies that the two forces are physically employed jointly on either side of the border. A ‘joint operation’ in this sense is unacceptable to the people and the armed forces of Pakistan, hence, has always been our clearly stated red line.”

Kayani reiterated that Pakistan might undertake operations in North Waziristan determined by the political and military requirements but it will never be a result of any “outside pressure”.

“Pakistan’s national interest continues to be the prime consideration for any decision in this regard,” the ISPR statement said.

According to the statement, Kayani dispelled the US reports during a meeting with Commander US Centcom General James N Mattis in Islamabad, in which both sides discussed matters of mutual interest and expressed satisfaction over the level of cooperation between the two militaries.

On Monday, US Defence Secretary Leon Panetta had told AP news agency that Pakistan had decided to launch a military operation against the Pakistani Taliban in North Waziristan but the campaign was not against the Haqqani network.