The judiciary and the language divide

The judiciary and the language divide 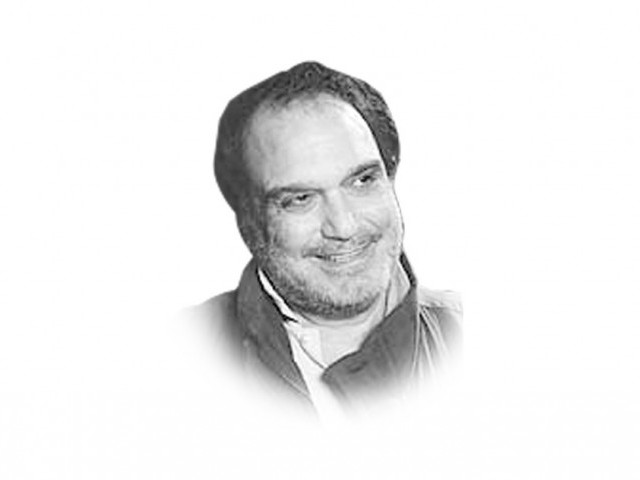 In a recent TV discussion, my favourite lawyer, Salman Akram Raja, expressed surprise over the fact that 80 per cent of the opinion published in the English-medium press was not in favour of our activist Supreme Court. On the other hand, in the realm of Urdu, there was a near consensus on the decisions of the honourable Court. Raja is wonderfully bilingual and is persuasive in both languages.

Gradually, Pakistan has moved to the Urdu episteme. The last brick laid on this edifice was the prevalence of Urdu television channels and the failure of English-language channels to survive financially. This is an uncomfortable development because the job market still fights shy of Urdu-only graduates. If you know English, you can go far and even qualify for a job at the global level. The paradox here is that just as globalisation latched on to Pakistan, the media has turned inward through Urdu.

The Urdu-English gulf was always there but it never became lethal because the media market was dominated by print journalism. If you wrote a column in English, you got paid more and the bureaucrat read only English opinion to avoid getting punished through public accountability. The Urdu journalist got paid less for just one simple reason: the manpower supply and demand situation went against him. This had a significant effect on how the state thought about itself. Let us see how that came about.

The language of Pakistani nationalism is Urdu. The market in Urdu-medium education is dominated by the state. Urdu as vehicle of expression is strongly grounded in poetry and passionate expression. Modern knowledge, dominated by economics and its insidious message of opportunism rather than ideology, has not penetrated Urdu. The English-medium education market is and was penetrated by Christian missionary schools with foreign-based exam systems that accepted fundamentalist ideology with some reluctance. The big factor in favour of English was that after matriculation, most disciplines of knowledge were taught in English.

The rise of the TV channel has also been the conversion of the Urdu columnist into TV anchor. The Urdu columnist embraces a number of beliefs uniformly. He tends to be anti-West and anti-IMF while discussing the national economy. He believes in a global conspiracy against Islam in general and against Pakistan in particular and he believes that the United States is leading this assault against the Muslims of the world in league with the Hindus of India.

He is a hawk while discussing relations with India and attacks the moderate writers mostly located in the English-language print media. He believes that the liberal community in Pakistan is traitorous and that all NGOs working in the country are agents of foreign enemies of the state. He attacks the concept of human rights as contained in the UN Universal Declaration of Human Rights and usually sides with the clergy on contentious issues.

If usage establishes discourse, then why hasn’t Urdu’s discourse conformed to the same criterion as that of English, which is logical and sequential? Why is the discourse of Urdu still non-linear, if linearity is the hallmark of functional prose?

Urdu expresses Pakistani nationalism more effectively than English even as it copes badly with the national economy. The economy undermines nationalism through the compulsion of its external linkages. Therefore, in Urdu, it is quite possible to look at the compulsions of international trade as a violation of nationalism and state sovereignty. Since nationalism in all forms has a strong xenophobic underpinning, Urdu is also efficient in xenophobic formulations.

My friend Raja knows that the judiciary is conservative and literalist, close to the mindset of the value microcosmic of the Urdu.

Reaching out to tomorrow’s leaders