Need a drink or a joint? Then call a cop

Need a drink or a joint? Then call a cop 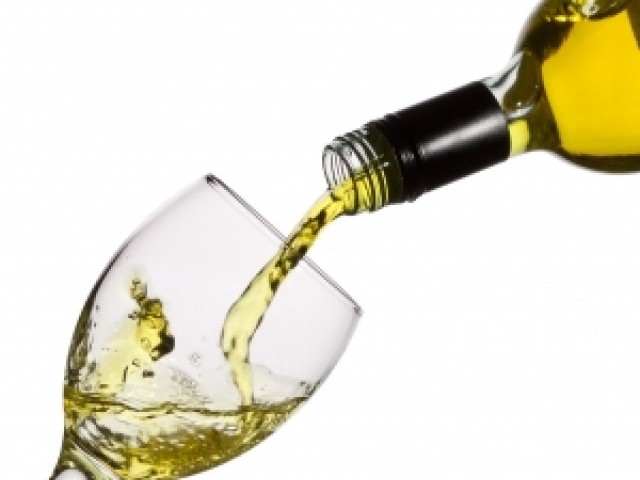 Twin cities’ cops dealing drugs, booze on the side and maintaining relations with bootleggers.

The arrest of some Rawalpindi police officials and serious charges against a top Islamabad police official for colluding with bootleggers and covering up his role have exposed the breakdown of discipline and professionalism in the twin cities’ police forces.

In Islamabad, the Shehzad Town Police Station House Officer (SHO) was transferred to Rescue 15, which can be considered a demotion. The action was taken after allegations of his “misconduct” in handling of impounded liquor, which was seized from a warehouse in the station’s jurisdiction a few days ago, surfaced.

Although a departmental inquiry revealed the accusation levelled by the SHO’s commanding officer, Rural Superintendent of Police (SP) Faisal Bashir Memon, was not supported by evidence, heads had to roll, and the police station’s chief went first.

“The SP made it a point that the SHO cannot stay regardless of the inquiry’s findings because it would have been embarrassing for the SP if the allegation was proven wrong,” said a police officer closely familiar with the departmental investigation.

The story began when the Crime Investigation Department (CID) police raided a warehouse in a village near the Shehzad Town Police Station and seized a large consignment of liquor. It was transferred to the police station under the supervision of SHO Khalid Mehmood Awan and a CID inspector.

The total number of bottles shifted was registered in the presence of the CID officer before being sealed. There were 590 bottles in 31 cartons, said a police source quoting the CID’s raiding party, adding that SP Memon was informed about everything before the registration of a case against the suspects arrested from the warehouse.

“A day or two later, the SP came by and claimed that over a hundred bottles of impounded liquor were missing and held the SHO responsible,” said the source.

The warehouse was in the process of being established as one of the liquor delivery points in the area. “Bootleggers from the Golra area have strong links with the town’s notorious liquor smugglers, the Maliks,” said a police source.

The inquiry into the SP’s allegations found that the bottles he referred to as ‘missing’ were not in the consignment handed over to the SHO for custody. “If they went missing, it would have happened before they were moved to the police station,” said another police officer.

The SSP initially ordered City SP Capt (retd) Muhammad Illyas to hold an inquiry into the matter. However, the latter gave up after the Rural SP Memon raised objections.

“An arrested suspect told the investigators that the Rural SP demanded a bribe of Rs100,000 from the suspects to let them off the hook,” said the officer. He further accused the SP of helping the liquor smugglers set up the warehouse.

SP Memon could not be reached for his version of events or an answer to the subsequent allegations levelled against him.

SHO busted for drug dealing on the side

The case of narcotics seizure from the custody of Rawalpindi police officials has taken a new turn as the Racecourse Police Station House Officer (SHO) Karim Nawaz Niazi has now been facing the charges of trying to sell the drugs to local dealers.

Three constables deputed at the Racecourse Police Station are in the custody of the Saddar Bairuni police along with three others including two women. They were arrested from Girja Road on Saturday while carrying 5kg of hashish in their car.

The police, allegedly on the orders from SHO Niazi, started negotiating with some smugglers to sell off some of the contraband.

During the course of negotiations, information was leaked to the Saddar Division Superintendent of Police (SP), who then posed as a drug dealer and started dealing with the suspected policemen, the official said.

The police officer refuted the contents of the FIR registered by the Saddar Bairuni police, stating the three constables were arrested from Girja Road and the narcotics were seized from a vehicle they were travelling in and that head constable Ishtiaq sped away with about 20kg of hashish in another vehicle.

The officer said the drugs were actually seized from SHO Niazi’s office, and the Saddar Bairuni police falsified the location to protect their seniors.

The Express Tribune made multiple attempts to contact Inspector Karim Niazi for his version but his cellphone was switched off. A source in the police said he took leave from work the day the drug was seized.

The source said show-cause notices had been issued to the suspected policemen including Inspector Niazi besides initiating criminal action, departmental proceedings against them.

SP Khattak did not answer his cell phone or respond to a text message requesting a comment.

City Police Officer (CPO) Azhar Hameed Khokhar said an FIR had been registered against the accused policemen and all those found involved would be taken to task.

On departmental proceedings, the CPO said that after the inquiry is completed, action would be taken against those found guilty of negligence on duty.