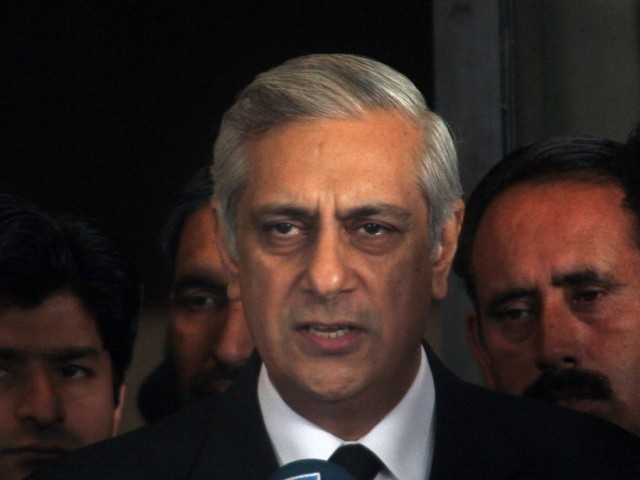 ISLAMABAD: Attorney General Irfan Qadir, during the hearing of petitions against the contempt law, objected to four judges of the bench, stating that they gave the impression of being biased, Express News reported on Thursday.

Qadir appeared before the court and stated that the way hearing was being conducted gave the impression that the court was being “biased”, to which the chief justice enquired from whose side he was raising the question of “bias” since he was not representing the government in this case.

The court told the AG to name the judges and present, in written, his reasons for calling them biased.

“This is not the first time you have raised objections over the constitution of a bench,”  said the chief justice, adding that if he had raised the issue earlier, the court would not have wasted 10 days of hearings.

The chief justice told Qadir that he was making baseless accusations against the judges and he should not do so.

Earlier, Chief Justice Chaudhry, while hearing petitions against the new contempt law, said that those holding public offices could be prosecuted if they were to commit contempt of court.

Pakistan gets $1.1b CSF from US