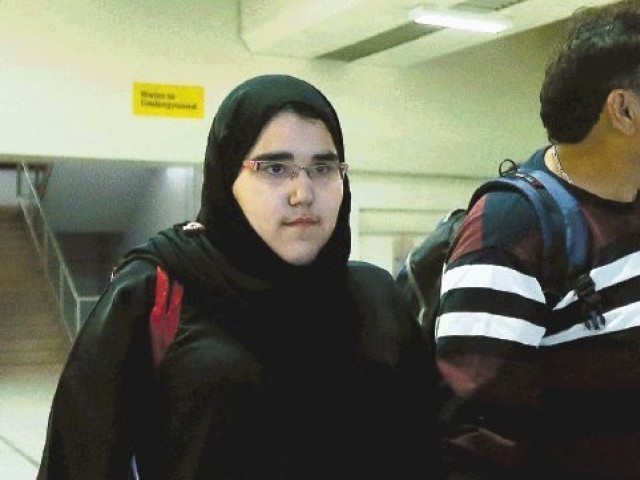 LONDON: Olympic and Saudi Arabian officials are in talks with judo chiefs to find a solution after the sport’s governing body ruled the Saudi’s female competitor would have to fight without a hijab.

On Thursday, the head of the International Judo Federation (IJF) president Marius Vizer confirmed Wodjan Ali Seraj Abdulrahim Shaherkani, one of the first two female athletes sent to the Olympics by the Muslim kingdom, would not be allowed to wear a hijab.

Shaherkani is due to compete in the women’s heavyweight tournament next Friday, and her participation could now be in doubt.

“We still have one week. She is still scheduled to compete, there’s no information that she won’t compete,” IJF spokesman Nicolas Messner told Reuters. “We still have time.”

He did not elaborate on how this could be achieved but said there was “very good collaboration”.

IOC spokesman Mark Adams confirmed there had been a meeting on Thursday.

“It was a positive discussion and we are confident a solution will be found,” he said. Asked what that solution would be, he said: “there are a range of options.”

No one from the Saudi delegation could be reached for comment.

However, a Saudi official had told Reuters earlier this month they expected that the women would have to obey the Islamic dress code. He did not elaborate, but other Muslim countries have interpreted this to mean a headscarf, long sleeves and long pants.

Vizer told reporters that Shaherkani would fight according to “the principle and spirit of judo” and thus without a headscarf.

Shaherkani, who will compete in the 78-kg category in judo, and teenage 800 metre runner Sarah Attar were the first Saudi women allowed to take part in the Olympics after talks between the IOC and the country.

The decision to allow female Saudi athletes to compete at London was praised by IOC President Jacques Rogge at the time.

“This is very positive news and we will be delighted to welcome these two athletes in London in a few weeks time,” Rogge said in a statement in early July.

Saudi Arabia was one of three countries, alongside Brunei and Qatar, never to have sent female athletes to the Olympics but the latter two confirmed earlier this year that their delegations would include women.

Google admits it did not delete Street View data