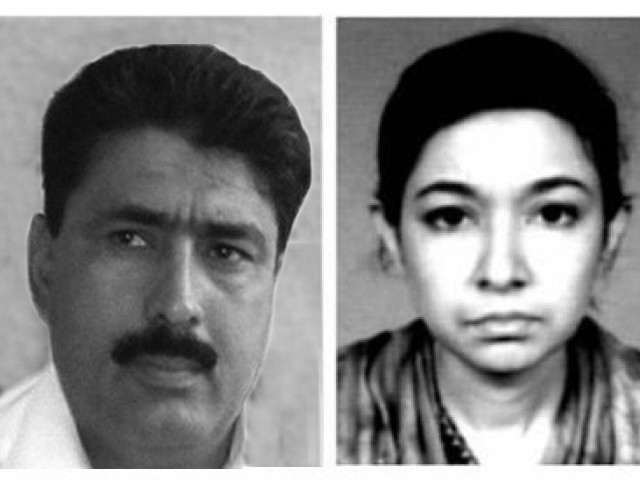 Says they have written to the Pakistan embassy and members of the US Congress. PHOTO: FILE

Dr Aafia Siddiqui’s lawyer says they have written to the Embassy of Pakistan to repatriate Dr Siddiqui in exchange for Dr Shakil Afridi, and are also in touch with members of the Congress on the issue.

Speaking to The Express Tribune, Tina Foster, Dr Siddiqui’s lawyer, said that they had sent a letter to the Ambassador Sherry Rehman, asking Pakistan to take action to repatriate Dr Siddiqui. However, said Foster, the Embassy of Pakistan has not sent her any “substantiative response” on the letter despite having acknowledged receiving it.

In response to Foster, Nadeem Hotiana, a spokesperson for the Embassy of Pakistan said that Pakistani authorities have been pressing US authorities to repatriate Dr Siddiqui ever since she was in US custody.

The Pakistani Embassy official told The Express Tribune, “Ms Foster did raise the matter of a possible exchange of Shakil Afridi with Dr Aafia. The matter was referred to the concerned authorities in Pakistan. It is not the place of the embassy to unilaterally create a response without Islamabad’s approval.”

Hotiana said that Dr Siddiqui’s lawyer has been told that her suggestions were forwarded to Islamabad. “The embassy essentially had a liaison role in all matters relating to Pakistan-US relations. Decisions were taken by the relevant authorities in the capital.”

Dr Siddiqui was sentenced to 86 years in prison on charges of firing on a US soldier in Bagram. Dr Siddiqui’s family says she had been missing with her children for several years before she was discovered in Bagram, and have denied all charges levelled against her.

US authorities accuse Dr Siddiqui of helping al Qaeda, notably Majid Khan, a Guantanamo detainee who recently pleaded guilty to all charges against him.

Dr Shakil Afridi was arrested after it came to light that he helped the CIA in trying to ascertain al Qaeda leader Osama Bin Laden’s identity in the Abbotabad compound through a fake polio vaccination campaign. He was convicted of helping a militant group and sentenced to 33 years in jail.

Laura Lucas, a spokesperson for the State Department told The Express Tribune: “Aafia Siddiqui was convicted after trial and is serving her sentence. It is not clear if the US would accept such a request and if the US did accept, Dr Siddiqui would have to serve her sentence in Pakistan.

Foster said they had made a similar offer to then Interior Minister Rehman Malik in 2011 when CIA contractor Raymond Davis was jailed in Pakistan after killing two men in Lahore.

In her letter, Foster wrote, “Pakistan does not have many opportunities to influence US Government decisions regarding Pakistani citizens in its custody. However, the current situation presents the ideal opportunity to achieve what your Government has consistently stated that it desires the repatriation of Dr Aafia Siddiqui to Pakistan.”

Davis flew to the US in March after blood money was paid to the families of the victims that Davis had shot dead in Lahore.

The Embassy of Pakistan said that they and the Consulate General in Houston are in touch with the prison authorities where Dr Siddiqui is detained, adding that an officer from the consulate general visits Dr Siddiqui nearly every three months, with the last visit taking place in April this year.