Governor assures traders of support in dealing with extortion

Governor assures traders of support in dealing with extortion 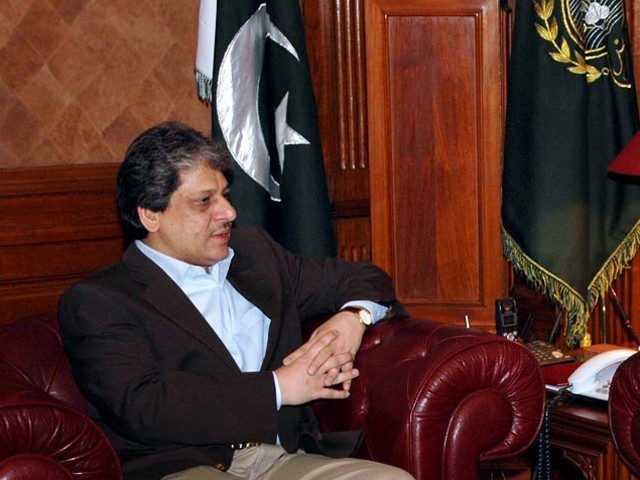 the governor admitted that the extortionists had “started challenging the writ of the government.” PHOTO: APP/FILE

Sindh Governor Dr Ishratul Ebad Khan said on Thursday that the government would provide all possible support to the police to help them trace extortionists and other criminals who kidnap people for ransom in the city. He was speaking during a ceremony at which the Karachi Port Trust (KPT) gave 50 mobile vans to the Karachi police.

The vans, which are equipped with tracking equipment, would help police maintain law and order in the city, said Khan. He also appreciated the sacrifices offered by Jawans Khan said that the police department was contemplating purchasing nearly 300 mobile vehicles, and recognised the need to equip the force with state of the art weapons and other equipment. KPT had earlier given 100 vans to the city police.

While talking about criminal activities in the city, the governor admitted that the extortionists had “started challenging the writ of the government.” He also stressed on the need to have community policing to control street crimes in the city. “Criminals were not even afraid of the judiciary earlier, given the frequent acquittals [given by courts] in criminal cases.”

While speaking about local government system which has been the thorn in the sides of the coalition government in the province, Khan said that the Pakistan Peoples Party and the Muttahida Qaumi Movement were holding discussions on the issue, and that they would soon develop a consensus on the system.

Sindh Inspector General Police Fayyaz Leghari said on the occasion that nearly 75 target killers had been arrested in the last few days. He said that some of them were allegedly involved in dozens of murders. He also appeared confident that the police would catch the culprits responsible for the bomb attack outside the Chinese Consulate on July 23.

The governor earlier met a delegation of traders that was led by All Karachi Tajir Ittehad president Atiq Mir. Khan informed the traders of the government’s resolve to tackle the menace of extortion. “The concerns of the trading community are genuine and we will address them.”

Khan also said that major markets in the city would be shifted outside, in order to reduce traffic congestion during Ramazan. Karachi commissioner Roshan Ali Shaikh and Atiq Mir were directed to oversee the process.

At Karachi zoo, the sight of a woman is more exotic than the animals