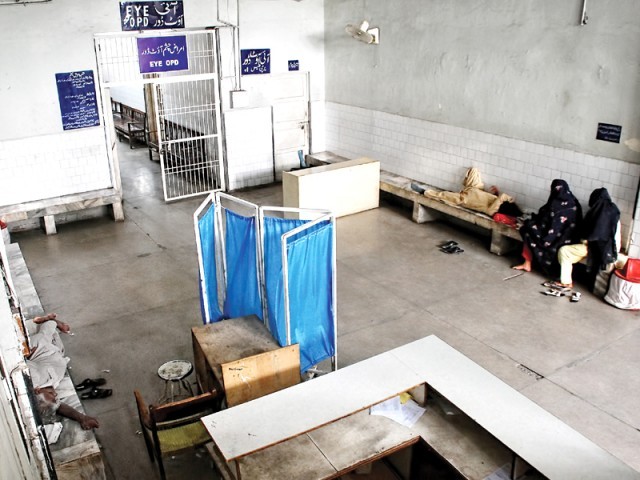 The association has asked the government to revise service structure for doctors employed by the Health Department. PHOTO: ABID NAWAZ AND RIAZ AHMED/EXPRESS

LAHORE: Following a decision by the General Council of the Young Doctors Association (YDA) last week, a peaceful protest was held at the Lahore General Hospital on Thursday.

The protest is supposed to be the first in a series of protests which are expected to be held in the coming days by the YDA until their demands regarding service structure are fulfilled.

The protest, unlike those last month, did not stop doctors from performing their duties at the Outpatient Departments (OPD) and in the emergency wards and treatment of patients at the hospitals continued as per routine.

The YDA has announced that it will hold peaceful protests across the Punjab till August 13. The protests are expected to continue until the demands for service structure revision for doctors employed by the Health Department are met.