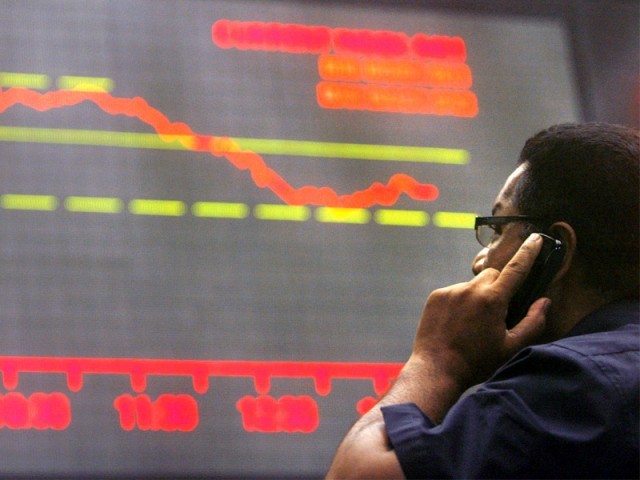 The bourse continued to move sluggishly on Tuesday, with most investors sticking to the sidelines ahead of the Supreme Court’s verdict regarding its instructions to the prime minister to write a letter to Swiss authorities, requesting the reopening of graft cases against the president.

“Politics played on investors’ minds, as the federal government submitted its reply in the Supreme Court, saying that it has not yet decided to write the letter to Swiss authorities, and that the Prime Minister is constitutionally bound to the advice of the cabinet,” said Jawad Khan, analyst at JS Global.

Trade volumes improved, but were still dismal at 57 million shares compared with Monday’s tally of 28 million shares. The value of shares traded during the day was Rs1.44 billion.

Shares of 260 companies were traded on Tuesday. At the end of the day 75 stocks closed higher, 127 declined while 58 remained unchanged.

Foreign institutional investors were buyers of Rs120.68 million and sellers of Rs36.79 million, according to data maintained by the National Clearing Company of Pakistan Limited.