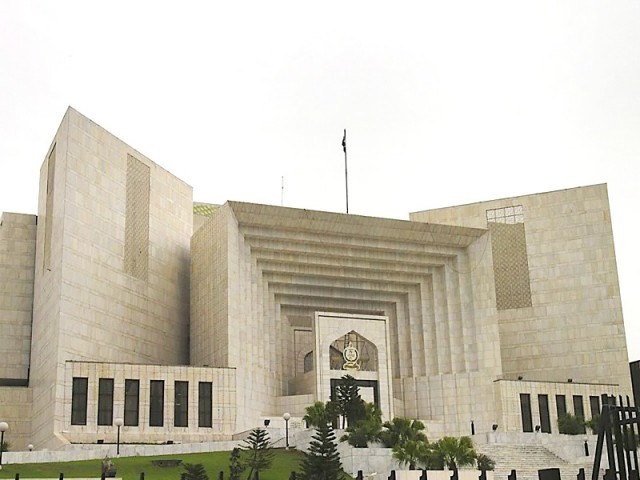 Federal govt says court orders given to the prime minister should be withdrawn, SC says orders not revokable. PHOTO: FILE

ISLAMABAD: The Supreme Court, while hearing the National Reconciliation Ordinance (NRO) implementation case, rejected Prime Minister Raja Pervaiz Ashraf’s reply submitted to the court today, saying that a plea for review of the court’s order should have been filed instead, Express News reported on Tuesday.

The court said that the objections raised mentioned those orders that the court issued to the prime minister on June 26 and July 12, but neither were the copies of these orders attached with the plea submitted nor are these orders revokable.

The court also said that if the federation wished to get these orders repealed, then it should have, as per the rules and regulations of the Supreme Court, filed a plea for reviewing them.

Earlier, in its reply submitted to the Supreme Court, the federation stated on Tuesday that Prime Minister Raja Pervaiz Ashraf cannot write a letter to Swiss authorities.

Ashraf had been given a deadline to explain his position regarding writing a letter to Swiss authorities to re-open graft cases against President Asif Ali Zardari.

The federal government further said that the court orders given to the prime minister could not be followed and that they should be withdrawn.

The Supreme Court in its last hearing had observed that if Ashraf fails to comply with the court’s orders then proceedings according to law and the Constitution will be leveled against him.

Former prime minister Yousaf Raza Gilani has already been held in contempt and subsequently disqualified by the Supreme Court of Pakistan for not complying with its orders.

Express News correspondent Faisal Shakeel reported that the Supreme Court has consumed one of the six options it had given in the NRO implementation case by holding Gilani in contempt, which is why it will deliberate on the remaining five options.

The options were: disqualification, contempt proceedings, commission implements NRO, claim immunity, action against NAB chief, leave it to the people.

In the reply, the federation also stated that the federal cabinet has not yet given any suggestions to Ashraf on whether or not a letter should be written, therefore, he is not ready for taking any decision at the moment.