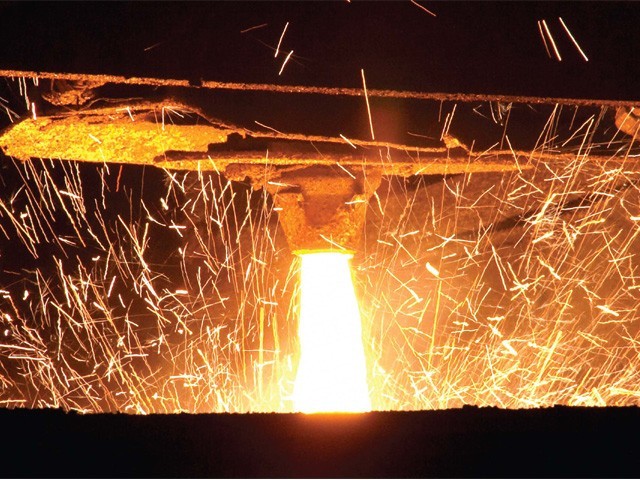 FINANCING: Rs234m is the amount raised by the company in the pre-IPO in April 2012. PHOTO: CREATIVE COMMONS

KARACHI: Aisha Steel Mills has successfully pulled off the most successful Initial Public Offering of the past three financial years.

The steel manufacturer aimed to raise Rs100 million and ended up with Rs270 million, making it the best performing offering among the past 14.

The mill is a joint venture between Arif Habib Group, Metal One Corporation, a subsidiary of Mitsubishi, and Universal Metal One, one of the world’s largest steel trading company.

An added advantage was that the company in a first was allowed to break-up shares into categories, said Bhundi of Arif Habib who is adviser of the IPO. Investors were allowed to pick from a bundle of 500, 1,000, 3,000 and 5,000 shares with each share valued at Rs10.

Almost 95% of the total amount raised was through the 5,000 shares category, data sent to the Karachi Stock Exchange shows.

Summit Bank raised the most through large investors while Habib Bank focused more towards the general public through its huge branch network.

The UAE-based bank was very upbeat about the project and itself invested in the IPO, said Bhundi. Initial public offering – first time offered shares – are sold to the general public and financial institutions including commercial banks, investment banks and asset management companies.

The company in a pre-IPO portion already sold share amounting to Rs234 million in April 2012.

The company’s plant, spread over 50 acres, is strategically located at Pakistan Steel Mills near Port Qasim, where most of the giant auto assemblers and vendors are located. The plant is in trial production phase and is expected to announce commencement of commercial operations in the first week of July. The company is currently engaged in production of Cold Rolling Coil (CRC) from Hot Rolled Coil (HRC) with an initial capacity of 220,000 tons annually, the largest production capacity in Pakistan.

The company intends to tap the huge gap between demand and supply of 408,000 tons of CRC in Pakistan with the largest capacity of 220,000 tons in the country.

Currently, local companies are producing 175,000 tons of CRC against demand of 583,000 tons which is fulfill by imports.

The company initially planned to divest 3.73% stake and raise capital worth Rs100 million. The oversubscription gives the company an option to divest more of its shareholding, says an analyst.

If not it can offer the shares through balloting, first come first serve basis or strategically divide it so that everyone gets a piece, adds the analyst.