What if Bulleh Shah were alive today?

What if Bulleh Shah were alive today?

Bulleh Shah have too challe­nged the orthod­oxy and I wonder if a mob would have attack­ed him had he been alive today?
By Raza Rumi
Published: July 12, 2012
Tweet Email 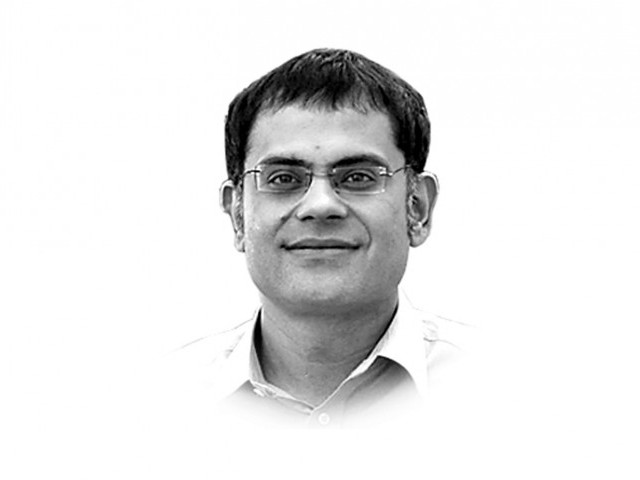 The author is Director, Policy & Programmes Jinnah Institute, Islamabad. The views expressed are his own

The chilling news of a man burnt alive in Bahawalpur on alleged charges of blasphemy has escaped the national media as well as our collective conscience. Other than a token condemnation by President Asif Ali Zardari, no major political leader has bothered to talk about this ghastly incident.

After the brutal assassination of Salmaan Taseer in January 2011, we had given up the hope of even holding a debate on man-made colonial laws on blasphemy. The voices that were asking for a review of the legislation had to retreat as the majority Sunni-Barelvi interpretation captured public discourse. Taseer’s killer, Mumtaz Qadri was defended by the same lawyer who viewed ‘rule of law’ as an articulation of a personalised, anti-democracy and Sharia-compliant version of justice. The fact that a former chief justice of Lahore is Qadri’s lawyer reflects the inherent biases and indoctrination that have spread in our society. If a billionaire, liberal politician could be murdered on the streets of Islamabad, what hope does a supposedly deranged man in the deep south of Punjab have?

The rise of vigilantism is also indicative of state failure. Not long ago, we witnessed the inhuman lynching of two young men in the Sialkot district where the state machinery stood by and extended tacit support to ugly scenes of dead bodies being paraded around. A few months later, I was invited to a television talk show where, to my surprise, I was surrounded by a lawyer and a so-called aalim (religious scholar). During the show, the cheerful aalim continued to find obscure and irrelevant references to justify mob-lynching as a kosher form of justice.

As children, we grew up with an occasional visitor, who would show up at our doorstep and make strong incoherent statements about religion, society and political leaders. We were told that he was a majzoob (someone self-involved with his own spirituality). As I grew up, I discovered more of these characters at Sufi shrines, on pavements and even camped around rivers and canals. The world considers these characters insane, while their insanity has its own method and rules.

Media reports suggest that the victim of the mob attack in Bahawalpur was a similar character. A friend in Bahawalpur told me that the victim was a saeen (a peculiar kind of a mystic). Chanighot is not too far away from Uchh Sharif — the ancient seat of Sufism in south Asia. Another field informant says that the man killed was a devotee of Mansur al-Hallaj (858-922 AD, a Persian mystic, who was executed in Iraq on charges of blasphemy). Hallaj’s famous utterance “An’al haq” (I am the truth) became an inspiration for several poets and mystics in the succeeding centuries. The regions that comprise Pakistan have had a rich tradition of Sufi thought and practices. But south Punjab, the land of Sufis, is now occupied by armed militant groups and their foot soldiers who have established their own ideological and quasi-legal writ.

Punjabi poets such as Bulleh Shah have also challenged orthodoxy and I wonder what would have happened had Bulleh Shah been alive today? Would mobs attack him also? The unnamed victim of Chanighot was reportedly on his way to Sehwan and some people allegedly saw him burning the Holy book. The police arrested him but this was not enough. A blasphemer had to be killed there and then. The police station was raided and the man was taken to a public chowk and burnt to ashes.

Even from a legal point of view, and assuming that the man committed a blasphemous act, without an investigation and trial, this barbaric act is unacceptable. The police have registered a case against 2,000 people but we all know nothing will come out of it. The Pakistani state is incapable of tackling such cases. We have seen the release of well-known sectarian killers due to lack of prosecution and inability of judges to take a position on issues concerning religion.

There have been at least nine incidents related to religious intolerance mainly in the Punjab province. A few of them involved mobs surrounding police stations to hand over the alleged blasphemers. Persecution of Ahmadis and Shias is a regular occurrence in Pakistan and hundreds of Hazara Shias have been killed in recent months. The Bahawalpur tragedy will continue to haunt us. It seems Pakistan’s inherent pluralism is being traded for a bigoted society. If anything, the torture and death of a deranged man shows us the dangers ahead: of insane ‘mob justice’, raids and state collapse.