No one should be allowe­d to take the law into their own hands no matter what the crime is, says Zardar­i.
By PID / Web Desk
Published: July 5, 2012
Tweet Email 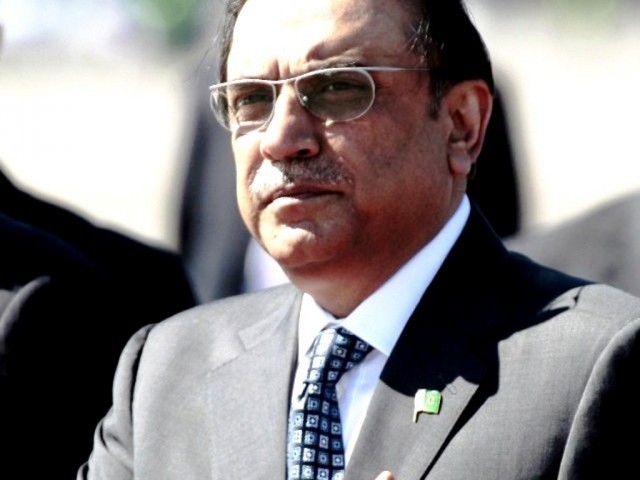 ISLAMABAD: A day after reports emerged that hundreds of angry protestors had wrested a mentally unstable man from police custody before burning him in the town square for alleged blasphemy, President Asif Ali Zardari has taken notice, expressing profound grief and shock over the harrowing incident.

President Zardari said that no one should be allowed to take the law into their own hands no matter what the crime is. The President also directed the concerned to dispense justice according to the law in this case.

The President directed the Advisor for Interior Rehman Malik to conduct an inquiry into the incident and that the report be submitted to the Presidency immediately.

Prime Minister Raja Pervaiz Ashraf has also taken notice of the incident and has sought a report from the concerned departments.

Hundreds of people accused a ‘deranged’ man of sacrilege, mercilessly beat him and burnt him alive in southern Punjab, police said on Wednesday.

The incident took place in Chanighot area of Bahawalpur on Tuesday evening. Residents saw a man allegedly throwing pages from the Holy Quran onto the street. Local police took him into custody and put him in the lockup.

The news spread – and soon a frenzied mob gathered outside the Chanighot police station baying for blood.

Police couldn’t stand up to the furious and violent crowd who got hold of the alleged blasphemer, described by one police official as deranged, and brutally tortured him.

Some officers fired tear gas canisters to disperse the mob – but the emotionally charged people refused to hand over the alleged blasphemer and instead turned against the police officers, according to Ghulam Mohiuddin Gujjar, the station house officer (SHO) of Chanighot police station.

Nine police officers, including SHO Gujjar and DSP Rana Naveed Mumtaz, were injured while trying – though unsuccessfully – to rescue the man.

Shahana Khan tells a ‘Story’ from behind the lens