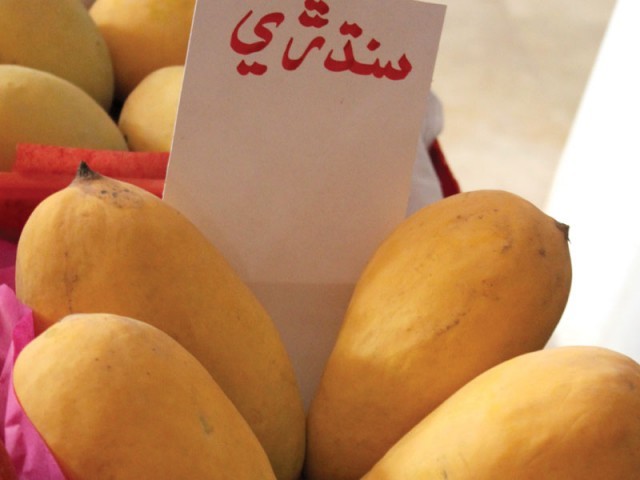 China itself is the second largest producer of mangoes in the world with an annual production of 4.5 million tons.

China has opened its doors to Pakistani mangoes and in response; first shipment of mangoes from Pakistan has set sail to China via sea.

Durrani Associates CEO AQ Khan Durrani said in a release on Monday that people will be surprised to know that China itself is the second largest producer of mangoes in the world with an annual production of 4.5 million tons. “The first shipment of 40 tons of mangoes is being exported to China in two 40 feet containers valued at $60,000,” said Durrani.

He further added that his organisation also exports mangoes to the Middle and the Far East, Jordan, Lebanon and Mauritius.

Durrani emphasised the need of shifting to sea routes for trade and said that recently, he sent a shipment to Korea, where duty on air trade is 30%, whereas delivery through sea is duty free. Further elaborating his viewpoint, he said that shipping mangoes by air to China is very expensive as the freight costs around $1.5 per kilogramme (kg) approximately Rs140. On the other hand, shipping costs to China is Rs8 per kg, which makes sea routes feasible for businesses and enable Pakistani mango to compete in China and other markets of the world.

He said that there was a massive potential of Pakistani mangoes in China as Chinese people prefer mangoes. The Chinese market can aid Pakistan in earning millions of dollars in revenue. Durrani was of the view that China could be the biggest market for Pakistani mangoes and within 3 years Pakistan’s export can be doubled, critical for the adverse balance of trade of the country.

It is pertinent to mention here that as many as 11 countries including Pakistan export mangos.