The role of Christianity in creating racism

The role of Christianity in creating racism 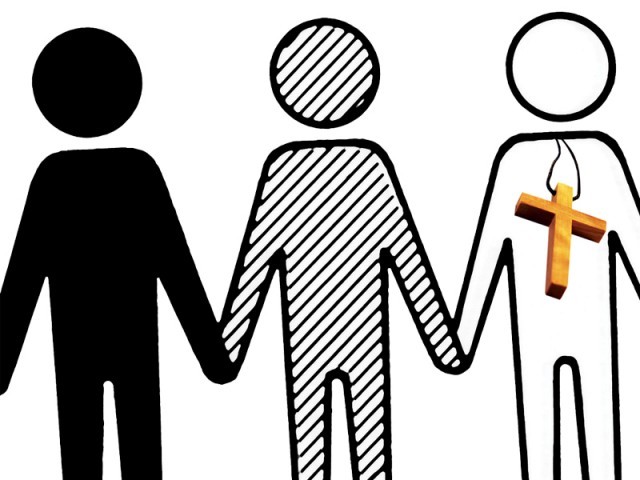 Tracing the history of slavery, an American historian said, manipulation of religion laid the foundation of racism and slavery in the United States.

Dr Rebecca A Goetz, an assistant professor of history at Rice University, was giving a talk on ‘How Christianity created a race in America’ on Monday, organised by the department of Humanities and Social Sciences at the Lahore University of Management Sciences.

The focus of the talk was her upcoming book The Baptism of Early Virginia: How Christianity Created Race. The book is due to hit the stands on September 20. The book’s introduction, she said, is something that you write at the end.

She said she had started research a day after the September 11 attacks in 2001. “I often wonder how all of this is related,” she said while discussing the 9/11 attacks and how she got the idea of working on a book about the role of Christianity in Virginia in creating ‘race’. Religion, she said, had been used in Virginia by the immigrants and as the basis of the 9/11 attacks. It had then been used to target Muslims.

Religion, she said, has been used over the years to justify various policies. Dr Goetz said the English immigrants thought that the native Indians would adapt quickly to their religion. They believed they would be ‘welcomed’ by the natives in Virginia. “They assumed the Indians would feed them their crops and welcome them with open arms,” she said, “only this wasn’t the case.”

When that did not happen, a bloody dispute erupted leading to social alienation of the Indians by the English settlers; Indians and Africans were made slaves and deprived of privileges and rights.

The English then promoted the idea of ‘hereditary heathenism’, she said, according to which Indians and Africans were “incapable of becoming ‘genuine Christians’. The natives were not allowed to marry Christians or be baptised, she said, Christian servants were treated better than Indian servants.

The natives challenged the English – who had thought they would be “benevolent as compared to the Spanish” – leading to brutal wars, known as the Anglo-Indian or the Anglo-Powhatan wars, in the early 17th century. One-third of English settlers in the colony were murdered in a day during the Indian Massacre of 1622.

The massacre was a series of ‘surprise attacks’ that took place on March 22, 1622 in which 347 immigrants were killed. With the killing of most of the Indian priests, many ‘religious traditions’ of the Indians were lost. This, she said, ultimately made them want to embrace Christianity. In the case of Africans, Dr Goetz said, there was a certain degree of familiarity since most of them had been exposed to Christianity in Africa before being brought over as slaves.