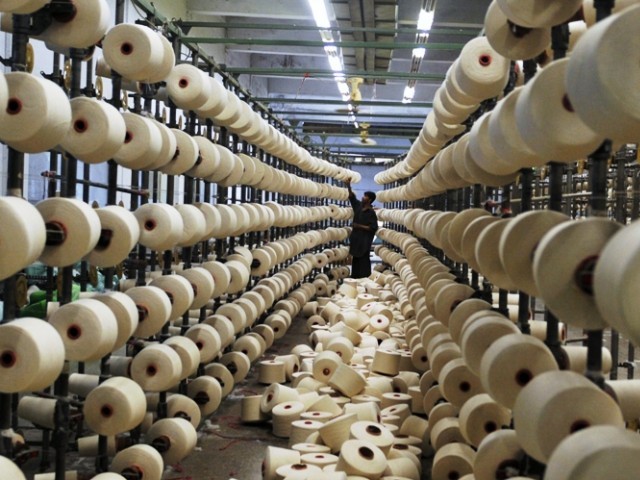 The All Pakistan Textile Mills Association (Aptma) Punjab spokesperson has said that exceptionally low pressure gas supply has crippled the textile industry in the province, rendering it unable to operate and has put 10 million jobs at risk.

He alleged that gas supply on the Sui Northern Gas Pipelines Limited (SNGPL) network was below the 50% level agreed on contract agreements, while at imes it dropped to zero percent. As per the prevailing schedule, SNGPL is bound to provide uninterrupted gas supply five days a week gas to the industry in Punjab. He said uncertainty over gas availability was not only causing operational losses, but also forcing mills to pay labourers without being able to utilise their services.

“Textile clusters on the Manga Raiwind Road and Sheikhupura Road are almost out of order and increasing numbers of textile workers are becoming jobless every day. The situation may cause law and order problems ahead,” he apprehended.

“The situation has worsened over the last 10 days as low gas pressure has crippled operations of the textile industry altogether,” he added.

He also criticised SNGPL for unfair and arbitrary disconnection of gas supply to members of the textile industry for the annual turn-around of gas fields in July. “The SNGPL has not taken industry stakeholders into confidence in this regard,” he added.

Earlier, he claimed, a move was under consideration to deprive the textile industry for another day of gas supply: but timely intervention of authorities averted the measure. The spokesman said it seems as if some invisible hands were acting to render the textile industry inoperative in Punjab, as time and again these elements had questioned the viability of the Punjab textile industry.