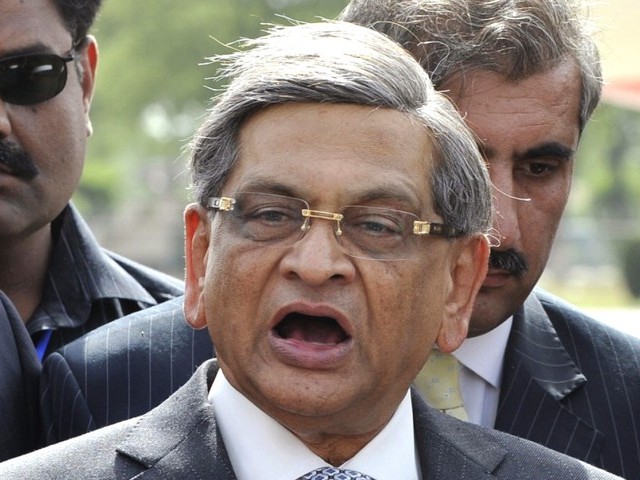 Krishna expressed dissatisfaction over Pakistan's attitude in dealing with the culprits of the Mumbai attack. PHOTO: REUTERS

“India has offered the assistance for provision of relief material from India for the affectees of the massive floods,” the foreign ministry said in a statement.

India’s External Affairs Minister SM Krishna had a telephone conversation with his Pakistani counterpart Shah Mahmood Qureshi and “conveyed deepest sympathies and condolence to the people of Pakistan,” the statement said. The Indian offer of assistance comes during a period of strained relations between the nuclear-armed rivals. Pakistan’s government says 14 million people face direct or indirect harm from the floods, while the United Nations has warned that children are among the most vulnerable.