Jafferjees: It’s all about the experience

Jafferjees: It’s all about the experience 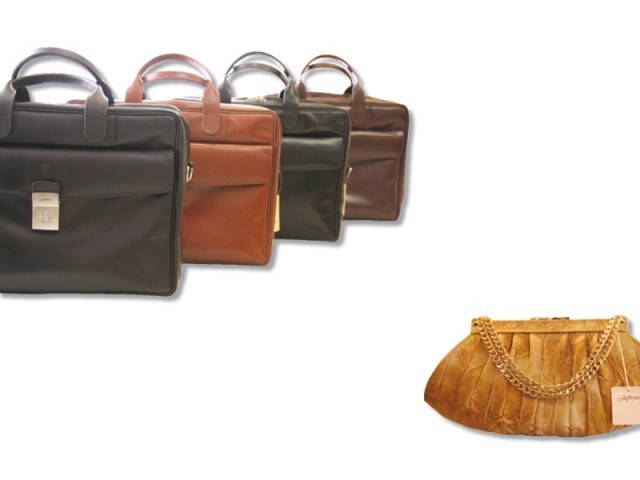 Hardly any brands in Pakistan can boast of a lineage and heritage as the centuries old leather brand Jafferjees. For decades, the store stood quietly as a hallmark of quality leather goods and even today in an age of hyper consumerism and mad advertising, it is retaining its old school glamour by maintaining a healthy distance from all the fashion and luxury brouhaha.

But that doesn’t mean that the brand isn’t conscious of how the market is maturing. Au contraire, with a new elegant yet hip rectangular solid logo dangling from its fancy handbags in cherry red and feisty orange, there seems to be a clear but gradual shift in Jafferjees design ethos. The ever dependable label has suddenly woken up from its static slumber and finally begun experimenting with textured fabrics and bold colours.

So what’s changed in this family dynasty? “It’s the new blood,” beams the Chairman of the company Arshad Ali with pride as he gestures towards his 28-year-old son, Murtaza Hassan Ali who took on the company four years ago as the director. It’s hard to imagine that this young lad could turn the centuries old leather empire around, but from the product range and colour, to the stores and offices ambience and interiors, it seems like this was precisely what this heritage brand needed.

“Our family had been attending these trade fairs in Hong Kong for years, but when I went there for the first time, a few years ago I realised that we were generations behind technologically,” says Murtaza. “We needed communication tools like Skype and iPads, inculcate limited use of paper and a warehouse overhaul. By introducing some of these changes, the whole thinking process of the staff evolved and so we were able to then expand to new markets like Faisalabad and Lahore,” explains Murtaza. The first step in the whole process though, adds his father, was when they opened their store in Dubai in 1994. “Just to survive in Dubai with these global brands we had to change our complete outlook and enforce quality control like never before,” admits Ali.

Yet even before this infusion of new blood into the business, Jafferjees had understood what it means to be a ‘brand’ long before the concept hit Pakistani shores. From customised packaging in their signature wrapping paper, to self-embossed products, and formal interiors of their stores, the company had all the key elements to make it stand apart from the crowd. And then with their customised fabric with their logo imprints, it was clear that the brand is following the footsteps of global luxury giants like Louis Vuitton. “We had the same designer as Coach, Fendi, Bally, Gucci and Burberry design our fabric,” reveals Murtaza. As is evident in all these brands the trademark is the inverted alphabet. But since the J in Jafferjees is as slim as the F in Fendi, the resemblance is rather strong.

Additionally, the brand’s roots are identical to that of the global leather luxury giants such as Louis Vuitton and Hermes — all three started off making trunks and luggage. “We don’t do luggage anymore because the airlines requirements these days keep changing and one cut in the bag from the security checks, and the product will be ruined beyond repair,” states Murtaza frankly. Hence, luggage took a back seat while wallets and belts began to drive Jafferjees. In fact, like Hermes, Jafferjees also shares an equestrian heritage of making saddles and boots for the colonial masters in the subcontinent. But unlike Louis Vuitton for instance, Jafferjees is still very much a family-owned and operated enterprise like Hermes (which is largely still family-owned), Missonni and Ralph Lauren. “The running of the business depends on family values,” asserts Murtaza, technically the sixth generation in the business.

But can a purely family-run enterprise survive in this day and age? “None of our product designers are local,” he says. Ali also narrates how much protest the brand faced initially when it began to imprint its logo on its products. “While our foreign buyers want us to place the ‘Made in Pakistan’ tag, our local consumers create a huge hue and cry about that so our products don’t carry any details at this point,” said Ali.

So far, they’ve ensured that counterfeits do not filter the market; their logo is patented as is their mould. However, the father-son duo admit that their plans do include getting a known designer on board, “it could be a local or an international name,” they offer tantalisingly. “We’ll lift the curtain very slowly,” says Ali who seems content to pass on the reins to his son and let him steer the ship now. Unlike the international luxury brands though Jafferjees will never go the fashion and home accessories route, but intends to remain focused on leather. The grand ambition though professes Ali is “to stand right in front of Louis Vuitton and we will get there,” he promises.

Summer tips: The heat is on