A friend of mine sugges­ts we litera­lly do what the Brits did electo­rally in their last polls: hang the parlia­ment.
By A A Sheikh
Published: August 16, 2010
Tweet Email 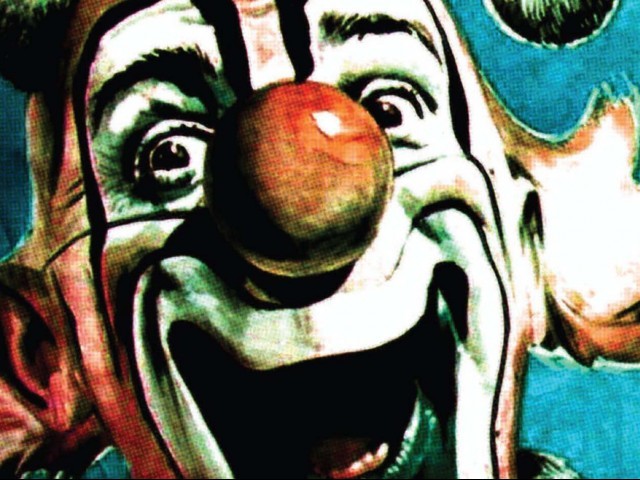 Exasperated by the shenanigans of our allegedly elected alleged representatives, a friend of mine suggested that we should literally do what the Brits did electorally in the last general polls: hang the parliament.

He said he’d had it with all the bickering, the wheeling-dealing, the moral posturing, the loud and foulmouthed exchanges and of course, the splurge of fake degrees. Now, in principle, I’m against hanging; yes, even for hardened, corrupt-to-the-core fiends. And no, I’m not suggesting firing squads as an alternative. Bad as they may be, I don’t recommend sending all our parliamentarians to hell just yet. Admittedly, the only thing our various parliaments have achieved over the years is constituting and un-constituting and re-constituting the constitution constantly. We’ve had enough of assemblies contriving laws to ensure the longevity of the government-in-power. I think our parliamentarians could be put to better, more interesting, economically beneficial and, above all, entertaining uses. Here are a few suggestions:

Assembly sessions are getting increasingly lively. With all the mudslinging and dupatta-flinging and florid insults and unrehearsed blurts of sudden honesty, they’re high in entertainment value. As such, it’s good grounds for a live TV talk/reality show. We could sell the rights to Jerry Springer for a considerable fee. Imagine the likes of Firdaus Ashiq Awan and Kashmala Tariq and Jamshed Dasti and Sanaullah Mastikhel slugging it out in front of a live audience, who of course would pay lavishly for tickets to such exuberant entertainment. Perfect for high ratings and good revenue. Should Springer decline because he finds the content too offensive for his taste, or have difficulty in mediating such an unruly bunch, we could always engage Animal Planet instead.

Let’s not forget the considerable advertising windfall from such a show. The sponsors could include earplug manufacturers and fishmongers’ associations and anti-psychotic drug-makers and, of course, family planning companies (the more the population, the more their representatives — people who don’t see the connection are as dumb as those who can’t see the one between the five-day workweek and increased baby-making activity and reduced power supply, a concept so avidly peddled by Ms Awan).

Selected parliamentarians could be sent abroad as part of cultural troupes to regale foreign audiences with re-enactments of the enthralling parliamentary episodes they subject us Pakistanis to. Not only would this provide ample fun to foreigners, it would prove to doubters once and for all that terrorism isn’t the only thing we export and/or suffer from.

Some of our representatives could easily be deputed abroad, for a considerable fee that would swell national coffers, as consultants to world-renowned circuses. Their area of consultancy specialty would, of course, be in the clowning department. They could help train local clowns all over and initiate capacity building in this area so that, eventually, other nations could also produce clowns of the same high standard as ours.

Many of our parliamentarians could also be utilised by our spy agencies as forgery experts. Their competence and expertise in forging documents is exemplary, and is likely to easily surpass Mossad’s. In the wake of the latter’s Dubai fiasco, I’m sure our parliamentarians are the best forgers in the world. CIA, RAW and whatever passes for an “intelligence” agency in Afghanistan (what an oxymoron!) — y’all watch out!

These are but some humble suggestions for meaningful uses of our representatives. Don’t hang them just yet please. We need to retain all means of quality entertainment in the country.

And yes, that is a double entendre. Go figure.