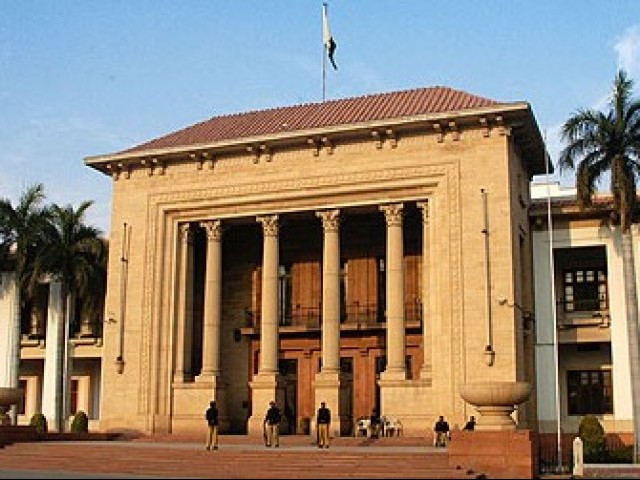 " The finance minister has admitted in a court hearing that he is a Pakistani, as well as a Canadian national," MPA Samina Khawar Hayat. PHOTO: FILE

The Punjab Assembly will decide whether or not Rana Asif Mehmood, the newly-appointed finance minister, may present the budget on the recommendation of a committee that will evaluate the evidence on the minister’s dual nationality, PA speaker Rana Muhammad Iqbal said on Tuesday.

The speaker said the decision will be made after Pakistan Muslim League-Q’s Samina Khawar Hayat submitted the evidence against the minister to his chamber.

The budget speech is scheduled for Saturday (June 9). The assembly will debate the budget for four days after that. Two days have been set aside for voting.

Speaking on a point of order on Tuesday, Hayat had demanded that the speaker stop Mehmood from presenting the budget. She said that the finance minister had admitted in a court hearing that he was a Pakistani, as well as a Canadian national.

The speaker observed that the House should wait for the Supreme Court’s decision in dual nationals’ eligibility for parliamentary seats. Hayat said there was no reason for the PA to wait for the SC’s judgment. “The SC has already disqualified Interior Minister Rehman Malik and MNA Farah Naz Ispahani on account of their dual nationality,” she said.

Basra, also speaking on a point of order, said the PA speaker could refer Mehmood’s dual nationality case to the Election Commission of Pakistan.

Speaker Iqbal said he had yet to receive a court notification in that regard.

The session had to be suspended for half an hour after opposition members started raising slogans, demanding that the speaker stop Mehmood from presenting the budget.

The speaker disposed of some adjournment motions after the break and adjourned the session till Wednesday (today).

The session had started at 5:20pm, three hours behind scheduled time. It was adjourned at 8pm. The working of Higher Education Department was discussed during the question-hour.

Rana Asif Mehmood, a minority member, was sworn in as finance minister in May.

Talking to The Express Tribune, some treasury members said they would request Chief Minister Shahbaz Sharif to notify another minister for the budget speech. They said the opposition could use Mehmood’s selection for the task as an excuse to disrupt the session.

Three of the previous four provincial budgets have been presented by PPP’s Tanvir Ashraf Kaira and one by PML-N’s Kamran Michael.