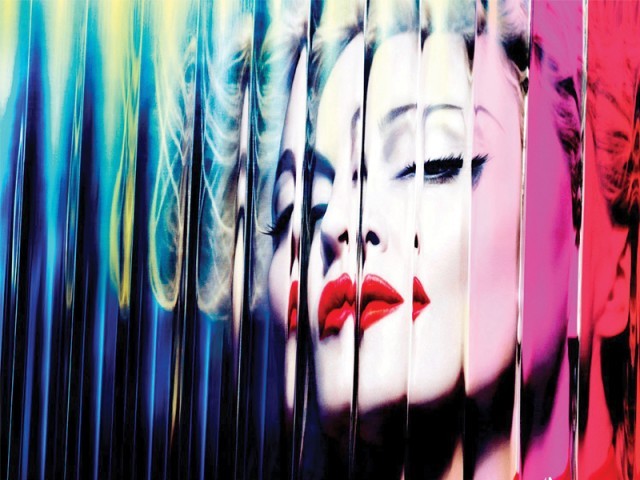 TEL AVIV: Pop superstar Madonna kicked off a new world tour on Thursday wishing peace on the Middle East even as she showcased grim dance routines depicting violence and bloody gunmen among her more colorful numbers.

Madonna, 53, mixed hit songs over three decades in music with tunes from her recent album, MDNA, before a packed audience, and she took a sly dig at younger diva, Lady Gaga.

She’s not me! Madonna sang at the end of Express Yourself, which she had reworked to include a sampling of Lady Gaga’s recent Born This Way.

That song from Lady Gaga, who emerged on the pop music scene about four years ago and has enjoyed a huge following in recent years, has been cited by many music fans and critics as being very similar to Madonna’s late 1980s dance club smash.

Since Lady Gaga, 26, released Born This Way, fans and music lovers have speculated that a generational challenge was in the works between the two women and comedians have poked fun at any imagined rivalry between the two.

Despite occasional lighthearted touches such as a baton-twirling routine in cheerleader formation and a psychedelic homage to Indian philosophy, the dominant mood at Thursday’s concert in Tel Aviv seemed more grim with a stage shrouded in black and red and costumes that often appeared ominous.