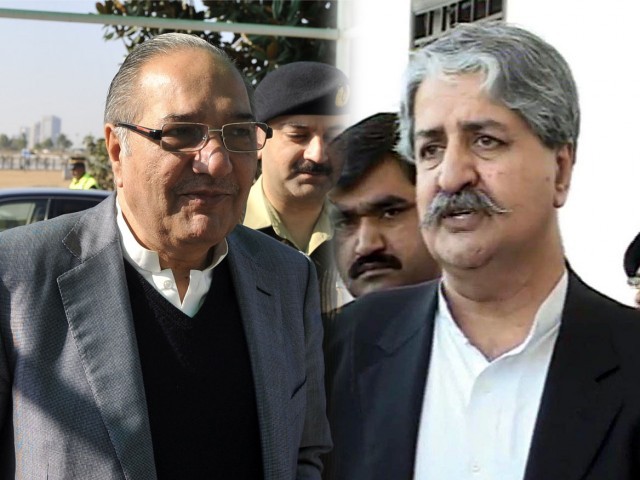 The two Federal Ministers are due to be swapped. PHOTO: AFP/INP

According to Express News, the government will swap the Minister of Defence Chaudhry Ahmed Mukhtar and Minister of Water and Power Naveed Qamar.

According to the report the change will first be discussed with coalition partners before being implemented.

The change is expected to remain in place till the general elections.

According to sources, Zardari had taken notice of the poor management in the Ministry of Water and Power. A restructuring of the ministry is also expected after the change in its managers.

International Children’s Day: Deprived and caught in a vicious cycle