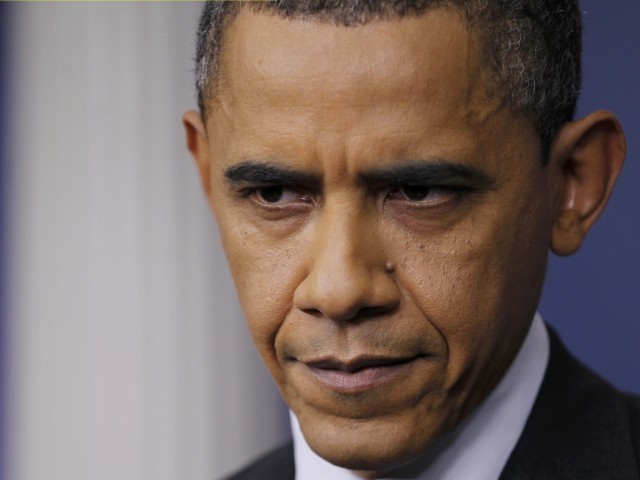 US President Barack Obama has personally overseen a top-secret process for determining which al Qaeda suspects should be placed on a "kill list". PHOTO: REUTERS/FILE

WASHINGTON: US President Barack Obama has personally overseen a top-secret process for determining which al Qaeda suspects should be placed on a “kill list”, The New York Times reported Tuesday.

The Times, citing dozens of top officials and former advisers, said the administration had developed what it termed the “kill list” as part of a stepped-up drone war against al Qaeda and its affiliates in Pakistan and Yemen.

“He is determined that he will make these decisions about how far and wide these operations will go,” it quoted National Security Adviser Thomas Donilon as saying.

“His view is that he’s responsible for the position of the United States in the world… He’s determined to keep the tether pretty short.”

The Times described the top-secret process, which begins with some 100 counter-terrorism officials sifting through biographies and “nominating” suspects in Yemen and Somalia to be added to the kill list during a secure video conference run by the Pentagon.

The CIA carries out a separate process for suspects in Pakistan, it said.

The nominations then go to Obama, who signs off on every strike in Yemen and Somalia and also on especially complex and risky strikes in Pakistan — about a third of the total, the Times said.

Obama personally approves the killing of top suspects, such as Qaeda preacher Anwar al-Awlaqi – a US citizen – who was killed by a US drone strike in Yemen last year.

The Times quoted former White House chief of staff William Daley as saying that Obama called the decision to strike Awlaqi “an easy one,” but Daley said some officials had expressed some qualms about the kill list.

“One guy gets knocked off, and the guy’s driver, who’s No 21, becomes 20?” The Times quoted Daley as saying. “At what point are you just filling the bucket with numbers?”

The Times also described an internal debate over the administration’s disputed method for counting casualties, in which men of fighting age within striking distance of a suspect are considered militants.

It quoted one official as saying that al Qaeda was an insular, paranoid organization that would keep its distance from outsiders.

But others said the Obama administration’s claim that the number of civilians killed in drone strikes in Pakistan was in the “single digits” was unrealistic.